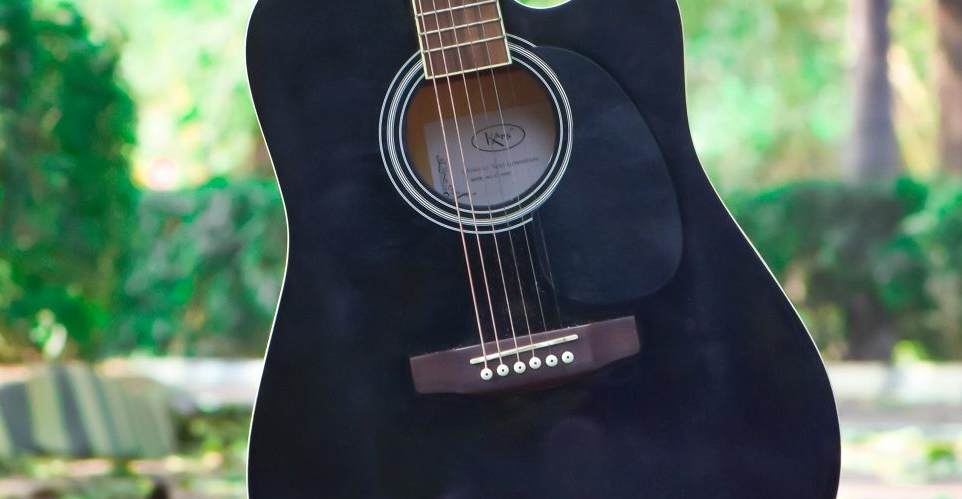 In this entry we will see what each of the parts of the guitar are and what they are for. We will start explaining the guitar from the head and we will go down to the last element it has on the outside. On the other hand, we will also see what elements it has inside and why they are so important. Let’s go there!

Let’s start with the headstock. The head consists of six pins that serve to adjust the tension of the strings and change the intonation of the notes they produce.

On the other hand, the traditional arrangement of the pala in the Spanish guitar is always symmetrical with three strings on one side and three on the other.

Finally, each manufacturer has its own design. Among the most outstanding and unmistakable blade designs we have for example the Fender Telecaster, the Gibson or the Jackson:

The pegbox and pegs

We call pegbox to the set of pegs that are in the headstock or headstock of the guitar. The pegs are used to adjust the tuning of the instrument and like any other part of the guitar, they can also wear out.

On the other hand, there are different types of tuning pegs depending on the tipo de guitarra you use. The material they are made of can be ebony, plastic or metal but the mechanism that connects the pegs to the headstock has to be more resistant to withstand the tension:

The Spanish guitar headstock also has what are called “rollidos”, these rollers have holes through which the strings are introduced and then wrapped.

If we talk about the capo, this is a small piece, generally white, which serves to support the strings, to separate them from each other and to have a correct height with respect to the neck of the guitar.

The capo also has slits through which the strings pass and depending on the string, the slit will be wider and deeper. The capo can be made of different materials such as ebony, plastic or brass and sometimes it has to be adjusted or replaced by another one when it is worn out.

Built with cedar, walnut or pine wood, the neck consists of frets, fingerboard, headstock, headstock and core (if it is an acoustic or electric guitar). Let’s see the parts that make up the neck:

It is made of laminated wood and is the front part of the neck. This is composed of the bars and frets. This usually has some dots that mark some positions of the guitar, being these the 3rd, 5th, 7th, 9th and two dots in the 12th position that marks the octave. This is done to visualize the notes more clearly when we play them. However, in the Spanish guitar these dots are not usually placed.

On the other hand, on the fretboard we also have the bars that appear perpendicular to the fretboard, these bars serve as separation between each of the frets or musical notes of the guitar. In Spanish, acoustic or electric guitars these bars are made of metal.

Bars, like other parts of the guitar, can also wear out, causing the guitar to fret. guitarra trastee. Not having the frets in good condition can also cause the guitar to sound out of tune.

The neck of acoustic and electric guitars have a cylindrical bar inside called the core. This is used to support the pressure of the strings when they are tensioned, because if it were not there, the neck would bend. 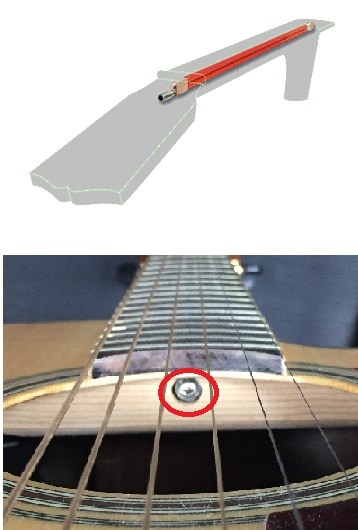 However, the traditional Spanish guitar does not usually have a core because the pressure exerted by the nylon strings on the instrument is not as excessive as in the case of electric or acoustic guitars with metal strings.

If at one end we have the head or headstock, at the other end we have the keel or headstock. This is the base that is fixed to the soundboard and serves as a union between the neck and the body of the guitar. The keel is usually glued or screwed depending on the type of guitar and the manufacturer.

The soundboard is everything that is not the neck. It is where the sound of the guitar is produced. This soundboard includes certain fundamental parts such as the top, the sides, the soundhole, the rosette or the bridge. Let’s see one by one these parts of the guitar:

The top, as its name indicates, is the part that covers the whole guitar. It is a top that has a hole in the middle that is usually decorated, this hole is called the soundhole and the decoration is called rosette. It can be made of pine, fir, cedar or cypress.

Chladni figurine of my guitar top

If we look at the lid from the other side, we will see that it has thin bars, also made of wood, which are called varetas or espinetas. Their arrangement on the lid depends on the manufacturer. These are the most common: 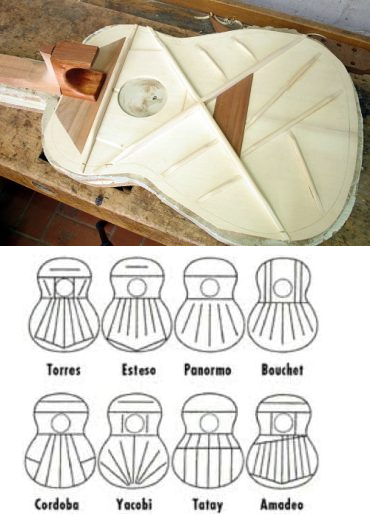 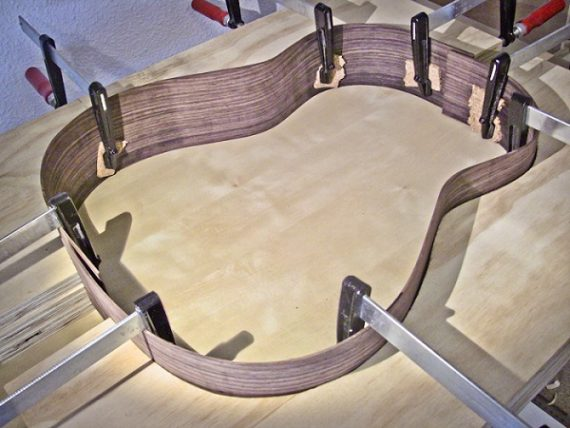 The soundhole is one of the parts of the guitar that is also exclusive to acoustic and Spanish guitars because electric guitars do not have a soundboard. Because they amplify the sound artificially with an amplifier. That is to say, if there is no light, there is no music.

bordering the soundhole we also have the rosette. This is aesthetically essential because it adds beauty to the guitar. There are different types and colors.

The pickguard is a plastic sheet that acoustic, electric and some Spanish guitars usually have. It is used to protect the top of the guitar from possible scratches that may occur when the guitar is played. toquemos la guitarra.

The bridge is placed on the top a few centimeters from the soundhole. It serves to transfer the vibrations of the strings to the soundboard and thus the sound is amplified.

There are different types of designs within each of the three guitars we know (Spanish, acoustic and electric). A whole book could be written about the types of bridges for each style of guitar and each manufacturer. 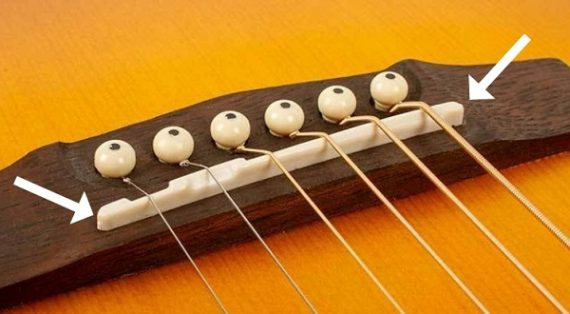 It is another white bone that, like the capo, can be made of plastic. This one, in the electric guitar is usually made of metal. Its function is to hold the strings and separate them from each other.

Finally, we cannot forget one of the most important parts of the guitar: the strings. There are different types of strings, distintas marcas and different materials. In short, these have been all the parts of the guitar. If you have any questions you can leave them in the comments.