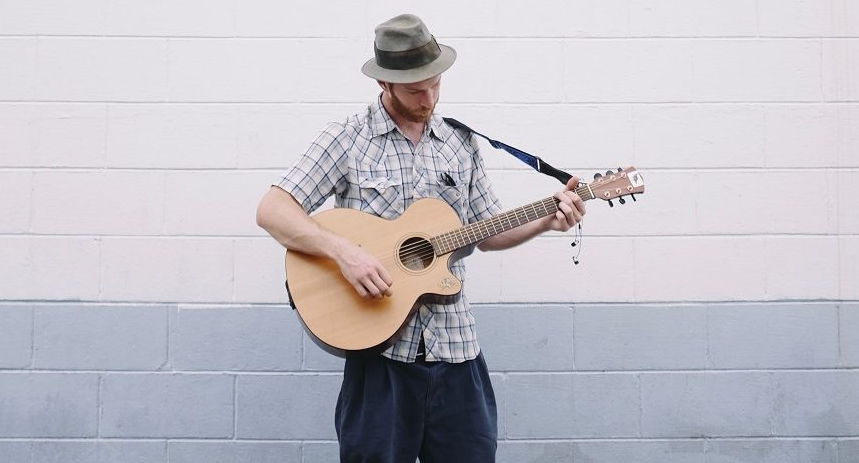 Reading guitar chords is a topic that usually generates a lot of confusion in people who want to start learning to play the guitar. That’s why in this lesson I’m going to teach you the different ways to read chords to clear all doubts.

First of all, to read guitar chords, you must take into account that there is a drawing where they are written. This drawing is called a chord diagram and it represents the first frets of the guitar:

Knowing that the chord diagram represents the guitar, the next step to keep in mind for reading chords is that there are several ways to position this diagram on a sheet. The most common ways are: 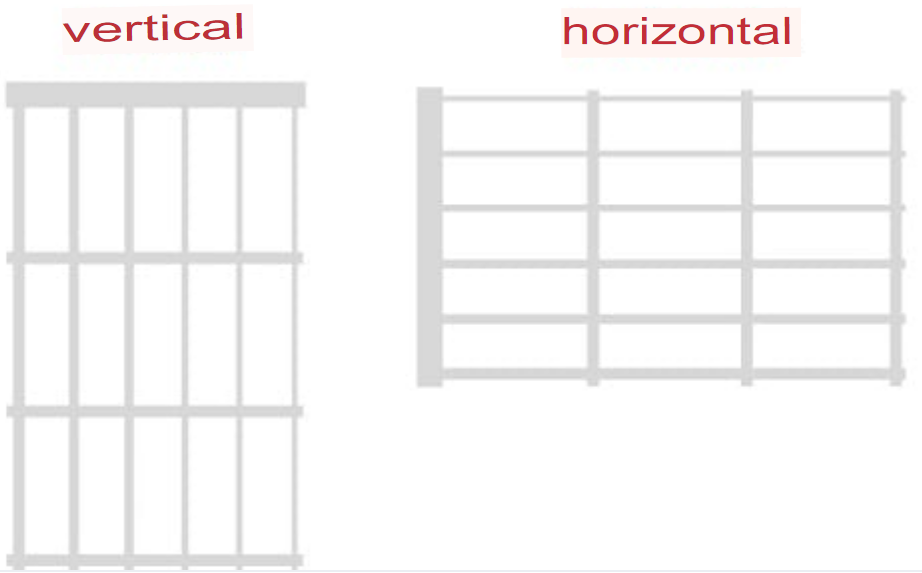 Or what is the same: 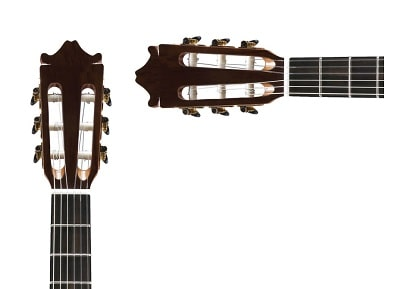 How to read guitar chords: dots vs. fingerings

The two most commonly used ways of marking the fingers to be placed on the diagrams are by means of dots or by means of fingers.

The use of dots is something that is widespread and you will find it in many places either horizontally or vertically: 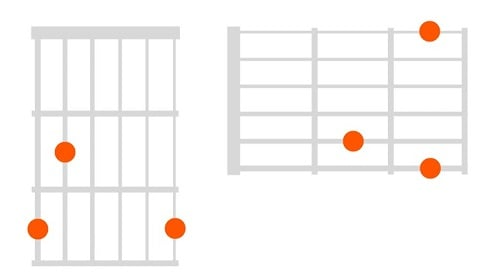 The disadvantage of this way of drawing chords is that if you are a beginner you cannot know which fingers to place on which string.

The solution: place numbers instead of dots. This is the second way to mark fingers on chord diagrams:

These fingers with numbers are not usually placed vertically. Therefore, in the end, you must choose how you want to write the chords on a piece of paper so that it is comfortable for you and you can understand it.

I say this because some people have difficulty reading the chords horizontally and end up writing the diagram backwards: 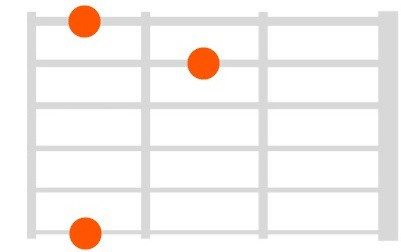 This way will seem useful to some, especially if you watch tutorials on the Internet where you often see chords played by someone else in this way. 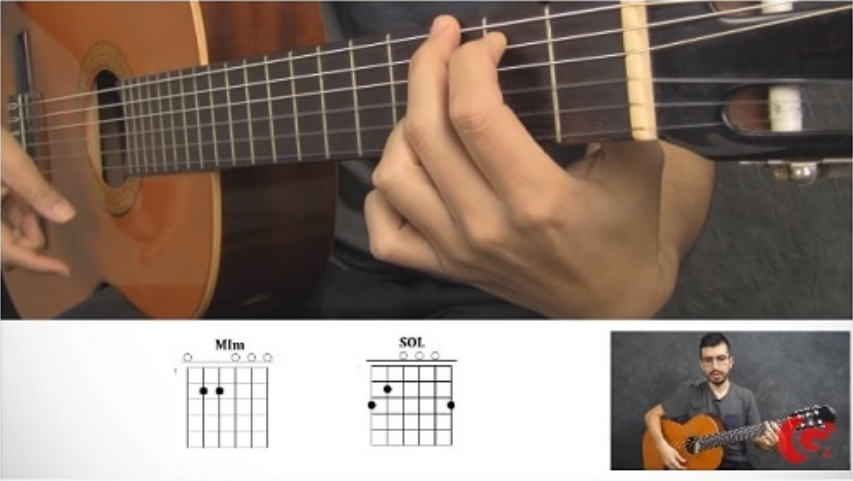 For example, in this image from the tutorial “basic guitar chords – how to learn them step by step”, you can see how the G chord is seen upside down, from my perspective.

However, I recommend that you get used to reading them horizontally or vertically the right way as that is how you are going to see them from YOUR perspective, not someone else’s perspective:

Better the image on the left than on the right 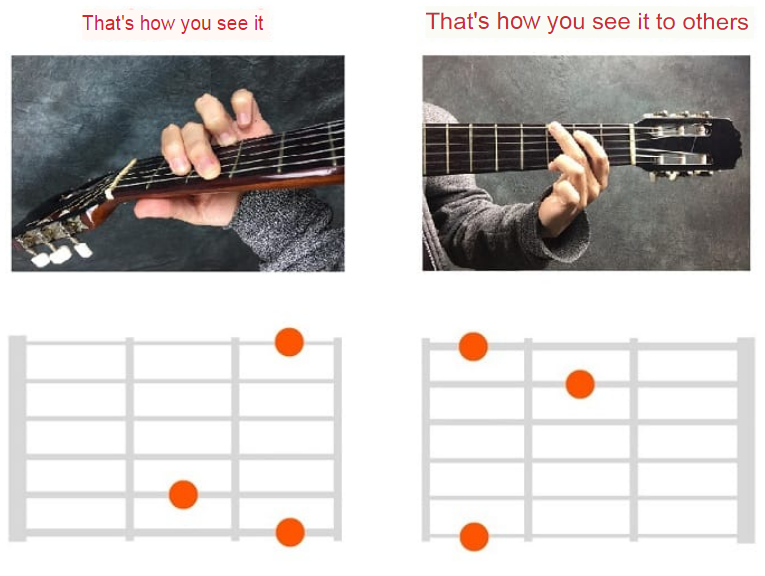 Spanish vs. American cipher: Which one should I choose?

The kyphering is the way in which we name the figures that appear on the diagram. For example, the C chord, the F chord, the D chord, etc. However, these chords that I have given as an example can also be called C, F or D chords.

So how should you learn them? The short answer is that you should know both.

But… What is the difference? That the chords that appear in a song are the same but with a different name. For example:

What you need to do is to remember the equivalence of each of these chords:

Regarding the m that appears next to the chord and the 7, that  is the  subject of another  lesson.

Anyway, don’t worry, this can be learned little by little as you play songs. That’s why I recommend you to start with songs easy guitar  guitar songs with few chords. I also recommend you to go to my Soundslice channel for

Finally, the last thing that remains to be seen is what the circles and Xs that appear in the chords mean: 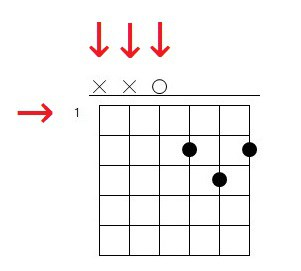 When you see an X or a circle pointing to a specific string this means two things.

X= The indicated string should not sound.

O= The indicated string must sound

On the other hand, the number on the left side indicates the fret. This is sometimes done to avoid having to draw a complete neck. For example, if there is a chord that is played on the 6th fret, you can draw a number 6 and put the notes of the chord. For example this one: 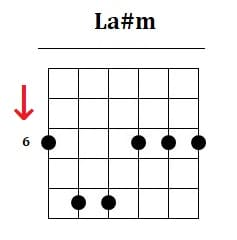 That’s all, if you have any other questions about how to read guitar chords leave your comment below.