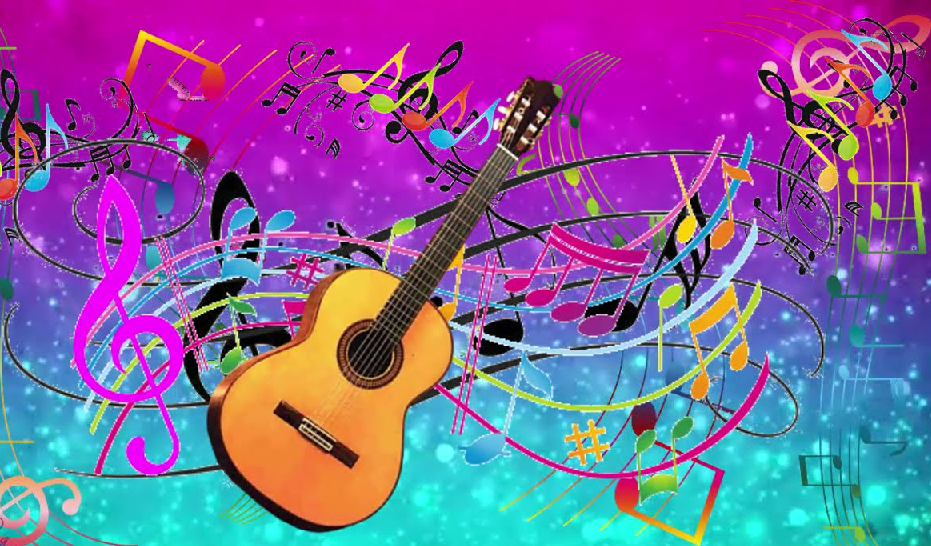 In today’s lesson we will look at 5 guitar exercises for beginners. These guitar exercises are progressive and can serve as a warm up for whatever you are practicing on your own or as a complement to the beginner guitar course. It is recommended that you don’t try to learn them all at once. My recommendation would be for example that you play the 1st and 2nd string exercise when you are playing songs that ONLY use notes from those strings.

When you have mastered the first two strings of the guitar, play songs where only the first 3 strings of the guitar are used and do the corresponding exercises and so on. That is, NEVER play an exercise in this post if you have not played or are not playing easy plucks with the strings that correspond to each exercise. In the cursocourseguitar  You will find the fingerings that correspond to each of these exercises.

the 1st and 2nd strings

These two guitar exercises below should be complemented with songs that use the second and first string or with the guitar course. Play it at least 10 times at a slow speed and then increase it a little bit if you see that your notes don’t fret or don’t sound clean.

the 2nd and 3rd strings

In this guitar exercise we introduce the third string. This string should only be played if you know the 6 basic notes of strings 1 and 2.

The procedure is the same as above. Repeat and repeat until the change between one string and another is smooth. The next step will be to play songs containing the notes of the 3rd, 2nd and/or 1st string.

You don’t need to remember that it is called the Mixolydian scale but you can play it. This scale contains the 8 notes seen above. Play it ascending and descending. It can also be part of your routine and as exercise de warm-up  to play it before starting a song.

On the fourth string there are 3 important notes which are D, E and F, that is, fret in the air, 2nd and 3rd respectively. You can only reach this level if you already know the 3 previous strings with their respective notes and the mixolydian scale.

It is not advisable to continue if you have not yet mastered the previous strings because it can create confusion as the names of the notes are repeated. Perhaps if you only care about the tablature and not the sheet music, you won’t have any problems because everything is based on numbers that refer to the frets. However, it is always good to learn to read sheet music.

the 5th and 4th strings

On the 5th string, in addition to the C, we have the note A which is played without stepping on any fret and the B, which is on the 2nd fret. Continue to the next exercise if you have already played songs with these notes.

With the C major scale we introduce the 5th string. From the 3rd fret of the 5th string we will go up through all the notes we have seen so far (Do Re Mi Fa Sol La La Si Do) until we reach the C of the 2nd string. Play it in an ascending and descending way.

In these guitar exercises you will also find the A minor natural scale, which contains the same notes as the C scale but starting from the A on the 5th string and ending on the A of the 3rd string.

The 5th and 6th strings

We end with 2 notes of string 6 which are the E in the air and the G at fret 3. To remember what they are called you only have to think that the 1st string of the guitar has the same name of notes on the same frets as string 6.

If you think it has been useful and can be useful to someone do not hesitate to share.