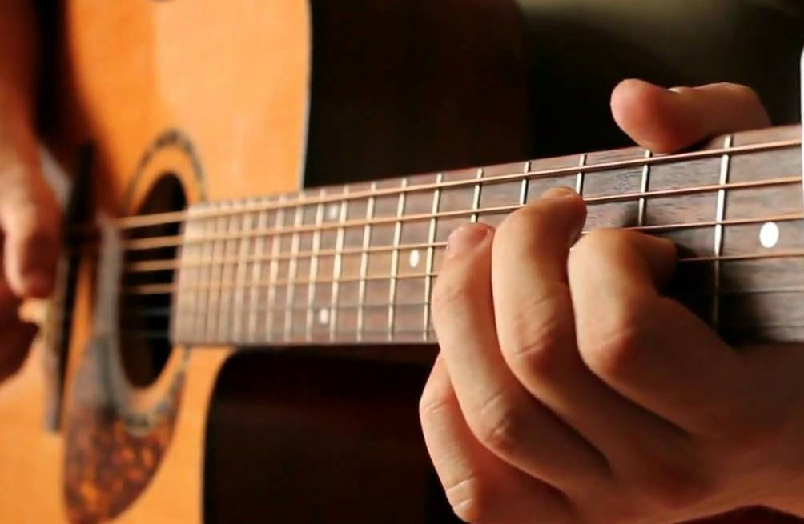 Are you tired of playing guitar in standard tuning? In this post I want to introduce you to a few alternative guitar tunings that you can use. It doesn’t matter what guitar you have, you can do it with any guitar. However, be careful with tunings that involve tightening the tuning peg box more than normal, for example with some air chord tunings.

This lesson is also accompanied by a video to give you an idea of how each of the tunings mentioned below sounds. These are the most commonly used on the guitar, but this doesn’t mean that you can’t experiment with others. Choose the one that most appeals to you, tune the guitar according to the instructions and experiment!

This is one of the most common alternative tunings on the guitar, in which the sixth string is lowered one tone. That is, if the sixth string, in standard tuning, is an E, we will lower it to a D. The dropped D tuning is used in countless styles from Country to Metal. We can tune to dropped D by playing the 4th string for reference while adjusting the tuning of the 6th string on the tuning peg to obtain the D.

What are the advantages of this tuning for beginners? that we can play power-chords in a very simple way since we only need one finger to play two notes.

It is almost identical to the tuning as before, with the only difference that the 1st string is also lowered to RE. We would then have two D notes on the first and sixth strings instead of two E notes.

Open tunings are very playful and have a lot of sonic possibilities compared to standard tunings. tuning standard . This type of tuning will give us a triad chord when all the strings are played in the air.

As an example we have:

Alternative tunings on the guitar: the regular tunings

Perhaps the most commonly used regular tuning on the guitar is tuning by minor or major thirds:

This is a quite compressed chord since all the strings are tuned in such a way that the distance between them has hardly any separation. This tuning consists of 4 semitones.

Just fourths tuning (E A D G C F): Very popular among rock fusion artists. The great advantage of this tuning is that when we play a scale, compared to the standard tuning, we have a completely symmetrical performance of the scale.

That said, here I have introduced you to the most commonly used alternative guitar tunings. However, there are as many tunings as you want. You just have to have a little imagination and explore.

And as I said above, if you are going to use an alternative tuning, it is better to tune downwards, i.e. towards the low notes and not upwards, as you may break some strings if you force too much.