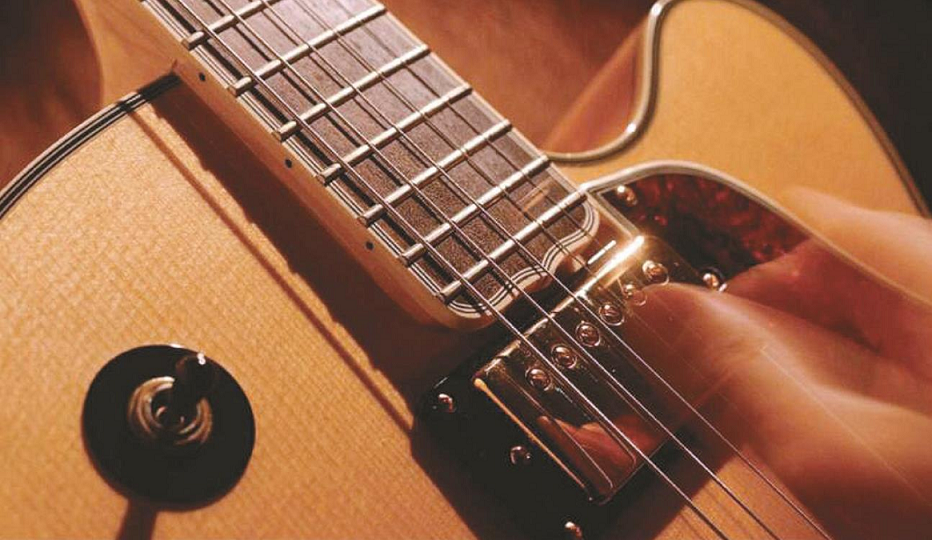 The guitar, within the “jazz” genre, has a long history that begins in the early thirties, when this stringed instrument began to be amplified. Long before the arrival of electricity in music, guitars did not have the potential and influence that they now have within the genre and all the other subgenres of the wide range of jazz.

In this post I would like to introduce you to ten essential jazz guitarists. Superlative musicians who have been creating a respectable repertoire for our most precious instrument. Surely many other wonderful guitarists have been left out, but surely this list will serve to stimulate those guitarists who are just getting into the complex world of jazz.

A guitarist who did not follow in the footsteps of other guitarists, he began playing guitar when he was almost 20 years old, and was characterized by being a fast learner, a sponge that absorbed licks and progressions without knowing anything about music theory. Although he only lived to the age of 43, he left an impressive legacy that changed the history of jazz forever.

One of his most peculiar traits as a musician is the use of octaves, rarely used in the jazz style of the time and which, thanks to him, became very popular.

From his technique we also highlight the use of the thumb in his plucking, which makes his sound a bit darker and deeper.  Many guitarists were not only interested in Montgomery’s trademark sound, but also in his musical lyricism and his styleblues .

He is the first jazz guitarist who rose to fame in an unprecedented way, blazed the trail into other musical terrains and pushed the boundaries of guitar harmony in terms of counterpoint, walking bass lines and fills.

His technique and interpretation of jazz standards was exceptional, he could improvise for a considerable time without sounding repetitive to his audience. Joe Pass is still considered a great influence for many jazz guitarists who are just starting to enter this exciting world, but also for the more experienced ones.

Living legend of Jazz who has rubbed shoulders with the greatest musicians of the jazz scene. Guitarist with a very personal style that plays the guitar in a traditional way without abusing too much speed and technique, this aspect is perhaps due to his classical training from which he has been able to generate a sophisticated harmony.

In addition, he uses ideas and improvisation patterns that give priority to a minimalist idea where less is more. He was a great influence for guitarists like Pat Metheny or Scofield.

A wise tip from Jim Hall to be more creative and see the guitar with different eyes in addition to creating interesting melodies is the following:

“When I practice, I tie some of the guitar strings with a rubber band, so I can force myself to see the neck from another perspective. For example, I can play with just the fourth and fifth strings, or just the third and fifth strings.”

In general Jim Hall is a minimalist guitarist who lets the music breathe, for him silences are also music.

Pat Metheny is a guitarist who has refused to be categorized. According to critics, many of his albums are among the best ever composed in the jazz-fusion style. As an eclectic guitarist, Metheny has played with artists such as Joni Mitchell and David Bowie. He has also been nominated for a total of 21 Grammy Awards of which he has won 11.

His album Still Life has been considered one of the 100 best pop music albums (yes, pop music) according to Rolling Stone magazine. Once you listen to Pat Metheny, you know it’s him even though he has played all kinds of styles. He has a sound where fluidity and delicacy are paramount.

Inspired by the style of Wes Montgomery and Charlie Christian, Benson is one of those great guitarists who deserve to be in the Olympus of jazz musicians. Also eclectic, his style mixes soul and pop with tremendous musical taste. His tunes are easy to listen to and sometimes reminiscent of Montgomery’s use of octaves.

The highlight is when his voice follows the melodic lines that he improvises over the guitar. His voice and style engages and attracts those not versed in guitar.

A guitarist who made a very good impression when he entered the New York scene back in the sixties. The feeling he gave was that of a risky guitarist, of whom you could not predict what he was going to play next. Swing is one of his peculiarities. He was an artist who had much more in common with Sonny Rollins than with Wes Montgomery, another contemporary of his.

On the other hand, his way of accompanying with the chords went unnoticed in spite of his great musical quality, well placed chords that added a certain groove to his music. Guitarists like Mark Whitfield and Russell Malone have been influenced by this great guitarist.

Jazz guitarist who began his career in the Detroit jazz scene. Since the beginning of his career he has been known as a hard bop guitarist, a style that developed in the mid-fifties and lasted until the sixties. However, he would later develop a more personal style, characterized by much more expressive melodies compared to the virtuosity of hard bop.

One of the most original jazz guitarists who has ever existed since he became known in the sixties. His major influences have been Wes Montgomery and John Coltrane. He began playing guitar professionally when he was 15 years old.

In 1987 he released an album entitled “The Return” after a four-year hiatus due to an aneurysm that almost cost him his musical career. After a long recovery, when it was thought that he was not going to return to the scene, he managed to resume his life as a guitarist. Pat Martino played with jazz legends such as Sonny Stitt, Gene Ammons, Richard Groove Holmes, Chick Corea and Jack McDuff. He passed away on November 1, 2021 at the age of 77.

The most awarded non-American Jazz guitarist of all times and a key figure in the scene before the birth of bebop. Genius and figure who continues to inspire a whole new generation of musicians. Django made only one American tour with his group Quintette du Hot Club de France with Duke Ellington and his orchestra. Outside the United States he played with Coleman Hawkins, Benny Carter, Dizzy Gillespie and Louis Armstrong. Reinhardt’s major influences were traditional European gypsy music and American jazz.

He is characterized by a fresh and virtuosic style where the melodic lines sound in a unique way. The most curious thing that can be said about Reinhardt is that he only played with two fingers, since his left hand was almost useless due to a fire that burned his house when the guitarist was 18 years old.

Django’s style is “Gypsy-Jazz” which is projected through stringed instruments such as the double bass, violin and guitars. The quintet formation is the only one within the genre where neither percussion nor wind instruments are used.

An eclectic and versatile guitarist who has played all over the world, he is one of the most important jazz guitarists of his generation. His recordings, where he mixes jazz with rock and fusion music, attract a wide audience.  His collaboration with Miles Davis in the early 1980s brought him worldwide recognition. His style is recognized for his unique blend of bebop, funk, R&B, gospel, rock and blues.

In general terms, he is a guitarist who takes great care with phrasing, articulations and dynamics. Scofield was trained at Berklee, the most prestigious (and most expensive) music school in the United States.