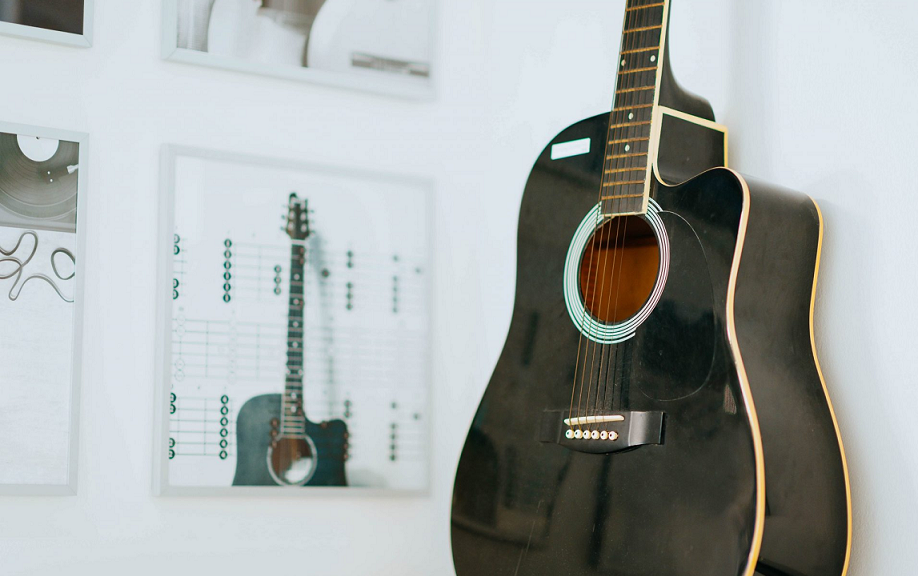 The A major scale is one of the most played scales on the guitar. In this entry we will see how it is formed and explain theoretically how it works.

what are the alterations of the major?

If you are wondering how many sharps A major has, the answer is 3. These are placed in the following order: FA, DO, SOL.

A major scale with Tones and Semitones:

The tones and semitones of the A major scale are the same as for any major scale. We follow the T-T-S-S-T-T-T-T-T-S scheme.

In the case of C major it would look like this:

And in the case of A major as well:

How is the A major scale made?

To make the scale, the first thing to do is to draw the three corresponding sharps. It is important to follow the order of the sharps F, C, G, D, A, E, B.

The next thing to do is to draw the scale:

When we draw the major scale, we can also do it by placing the sharps on each corresponding note and not in the key signature. For practical purposes this is the same.

However, when you are asked to do an exercise in which you have to draw a major scale, always place the sharps in each of the corresponding notes and not in the key signature:

The scale written in tablature

This scale can also be written in tablature. If you want to learn how to play it, here you have it in first position with the strings in the air:

On the other hand, this is the scale with two octaves, and it would be played as follows:

For forming  the  chords of the major scale, what we must do is to place two notes on top of the notes of the scale at a distance of a third:

What is the relative minor scale of A?

However, with La mayor we have to be a little careful:

Learn how to play the A major scale on the guitar

Now it is time to put this scale into practice with some exercises. That’s all, I hope this lesson has helped you to understand how this scale works. If you have any questions, leave a comment below.