In this lesson I will teach you some good chord progressions for beginners with basic chords.  We will not deal with the rhythms themselves but with the chord sequences that can be played with our instrument.

Knowing this, let’s play some common chord progressions that you can play with basic chords and in the most commonly used keys on the guitar.

As you will see in the video, the degrees (marked with Roman numerals) are a universal way of treating each chord within a key. That’s why you will see that sometimes the same progression appears with different chords (see below for a theoretical explanation of this).

On the other hand, the keys that appear in this lesson, such as DO, SOL, RE or LAm, I have chosen them on purpose because they are the most used in the guitar.

These are the progressions you have in the video. You can practice them, when you can change from one chord to another fluently.

Progression with: I – V

Progression with: I IV vi V

To understand chord progressions we must know the following:

For example, we can create different degrees from different notes in other scales: 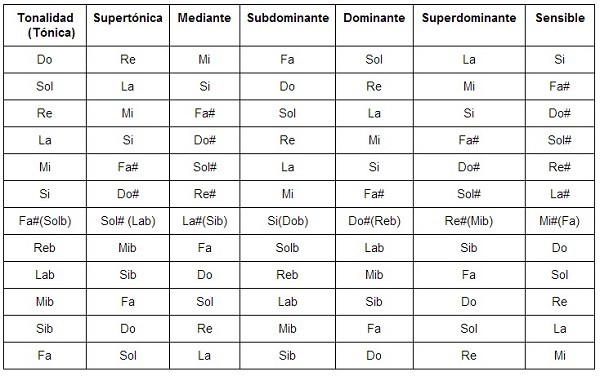 Practicing these chord progressions in other keys

However, if you want to investigate further, when you can make the correct changes between these chords, you can try the following: