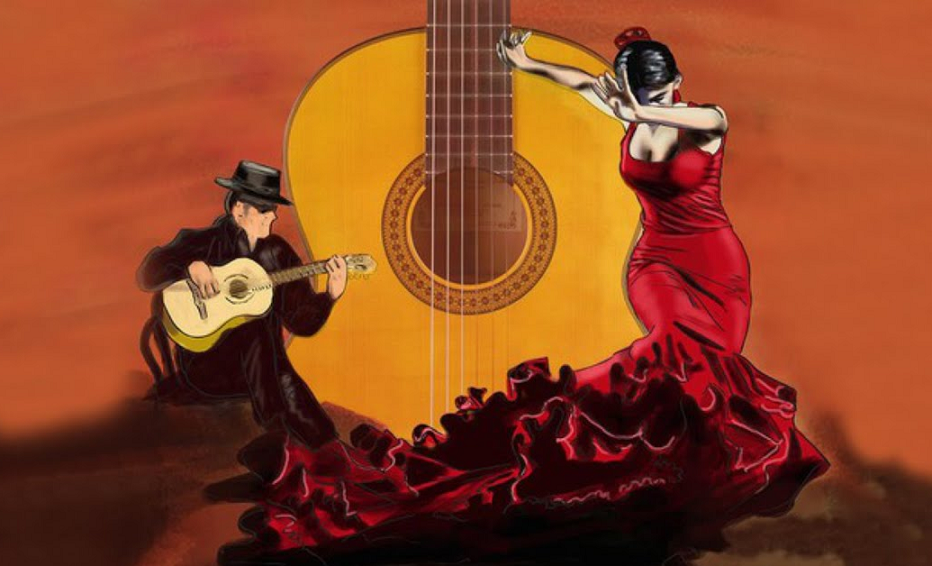 The Catalan rumba rhythm, in addition to all that the genre implies, emerged in Catalonia, specifically in Barcelona in the mid-1960s, with the Catalan gypsy community being one of its precursors. The genre began to become popular at that time thanks to Peret and Antonio González, who began to make it famous on television and radio.

Already in the 80’s we will have a second explosion of this rumba -after a slight decline and disinterest- thanks to artists such as Gipsy Kings, Los Chichos, Manzanita or Ketama. Years later, flamenco rumba merged with other genres such as rock, reggae or ska.

Of these groups we highlight Estopa, La cabra mecánica, Ojos de Brujo or Melendi, as well as Manu Chao who does not necessarily do Catalan rumba but who has songs with this rhythm and helped in its fusion.

Catalan rumba combines strumming on the guitar and percussion on the guitar box. The songs of rumba catalana are songs that speak of happy, festive themes and are completely opposed to the melancholic air of other genres within flamenco.

The outline of the Catalan rumba in its beginnings used to include guitars, clapping and sometimes piano or bongos. As far as rhythm is concerned, the Catalan rumba is based on the 4/4 or 2/4 time signature, just like the son or the guaracha.

Here there is a big problem regarding what is meant by a fan of Catalan rumba. Some confuse it with the fan that you will see below, but here Peret explains very well what a fan is, that is to say, the different rhythms that can exist within the rumba:

The simplest and most common fan within the Catalan rumba rhythm is the following:

On the other hand, the abanico or thumb strumming is based on the use of 3 fingers, usually the thumb, index and middle (or ring) finger. These are used to end a verse or a progression within a verse. Here Jorge Berges explains it beautifully:

The nice thing about the rhythm of the Catalan rumba is that it is a very lively style that uses different beats to give life to the songs. Let’s take a look at a few of them:

The hit near the bridge: This stroke imitates the bass drum because it gives a more serious touch to the stroke.

The blow near the neck: This blow imitates a conga, and the sound is completely different from the first one.

The strumming: having chosen a type of stroke according to your taste, the other quality of the rumba is strumming the strings, as the word indicates.

Once you are clear about the rumba catalana rhythm you want to use. You can decide on a chord progression. These rumba catalana chords are simple, usually major, minor and seventh chords.

The progression of MI and SI7 with Catalan rumba rhythms

This is a very common and very effective I-V progression, it consists of only two chords and you can find it in many songs in any key. With the basic rhythm of the rumba catalana you can play it, placing the capo on any fret of the guitar that comes in handy for singing.

The most typical example of this is to play the chord Lam, G, F and E, making the rhythm of the fan mentioned above, twice for each chordLam| G | F | E | E |

This chord progression can be played in any key. For example you can play:

Performing the basic rhythm explained twice with each chord.

This progression consists of the chord of Lam, Re7, G and E and to each chord we would apply the pattern we have seen above.

In short, the rumba catalana rhythm is based on an upbeat style that you can play with some of the basic indications explained above. However, be sure to experiment with other guitar progressions and chords.