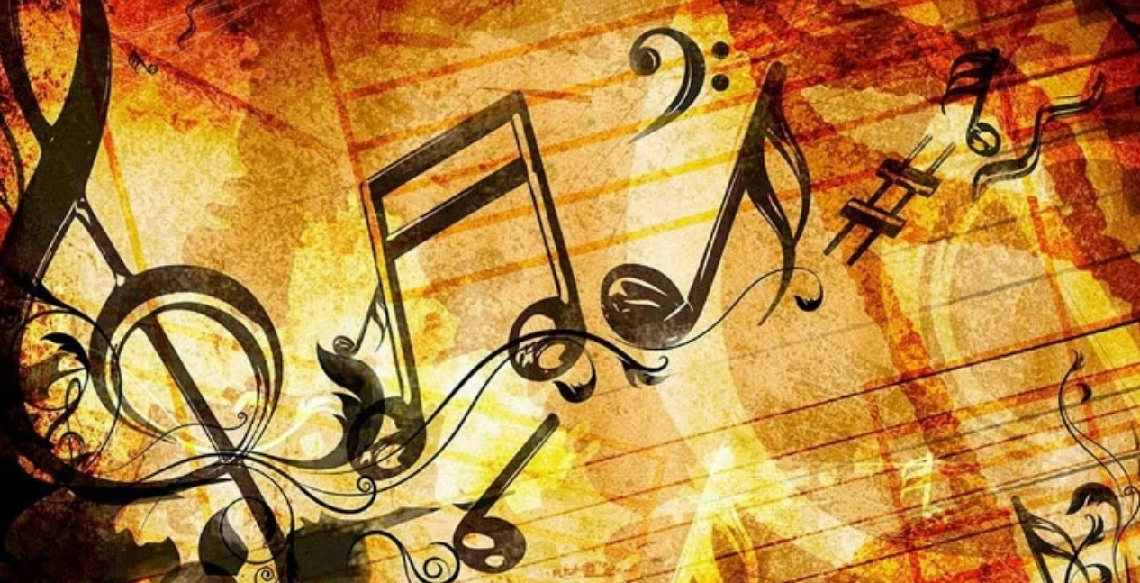 An interval is a distance in height between two sounds. We can distinguish between:

Finally, the shortest distance from one musical interval to another is one semitone (one fret on the guitar).

These musical intervals can be catalogued in different ways depending on the tones and semitones they have.

We have to say whether it is major, minor, just, augmented or diminished: 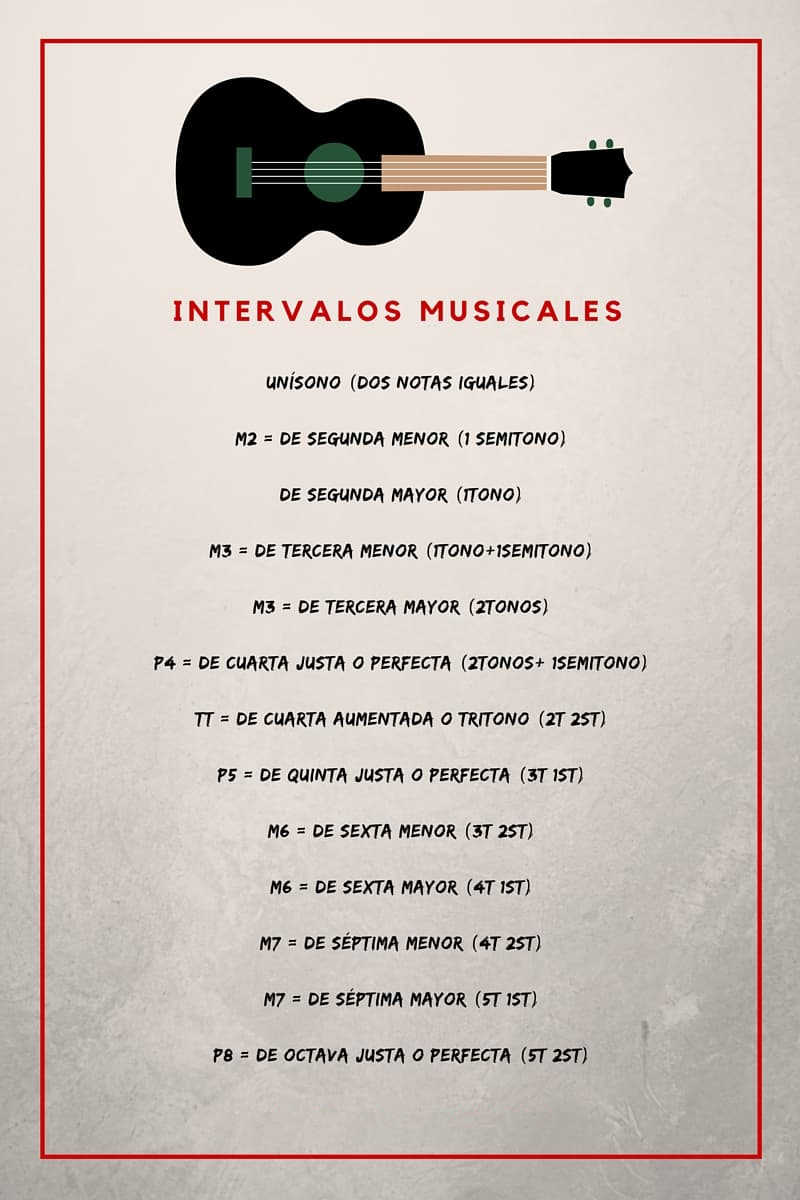 How do we know what type of interval it is?

To find out, we will have to remember these two rules:

For example, a 4th interval cannot be minor nor can a 3rd interval be just right. 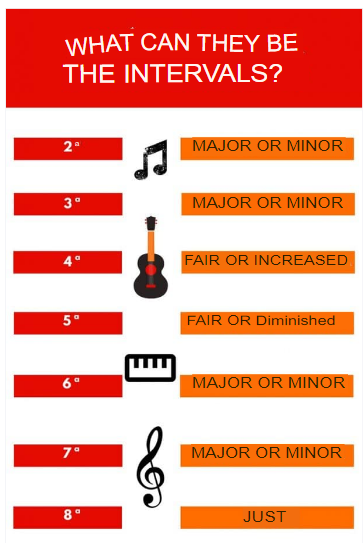 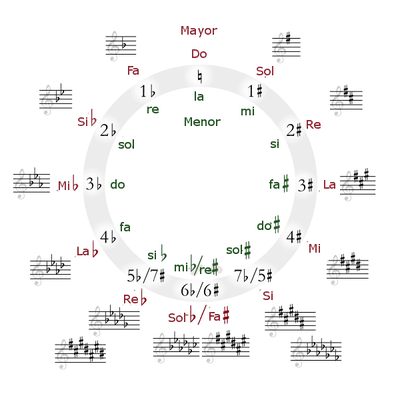 To know the key of the intervals we have to measure we have to look at the first note that appears.

In other words, starting from the lowest note we will have the tonality.

Step 2: What is the distance from the lowest note to the highest note?

Let’s take as an example the interval of the image with a C and an A: If you count all the notes that go from C to A (including both notes) there is a sixth, that is, 6 notes of distance.

Let’s go back to this image. What can sixth intervals look like? Intervals of sixths can be… Major or minor: 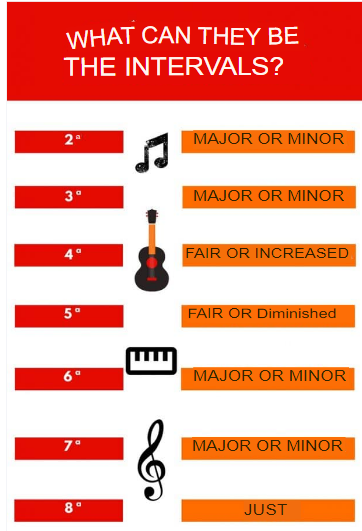 Step 4: How do we know if it is minor or major?

We will know this by counting the tones and semitones between the notes in the musical interval we are finding out:

Now we go back to the table in point 2 and we will find the correspondence of 4 tones+1 semitone and to which interval it refers. If everything went well you will see that it corresponds to the major sixth.

And what do we do when there are disturbances?

When we have to measure an interval, we will always measure it with the key of the first note as we have said and what we get is the base interval. Here you have it in this table:

For example. Let’s say we have an interval with the note G as the first note and the D#. The steps are:

Another example, here we have 3 tones in red and 2 semitones in green. Go to the table in point two to check that it is an interval of minor 6th.

Finally we have other intervals which are the compound intervals, but for practical purposes the process would be the same. You just have to calculate the simple intervals and then pass them to the sharp octave. As you can see in the example below:

Compound musical intervals (out of octave)

The intervals of 9th and 13th may be major or minor.

The interval of 11th may be just and increased

The 9th interval can also be increased 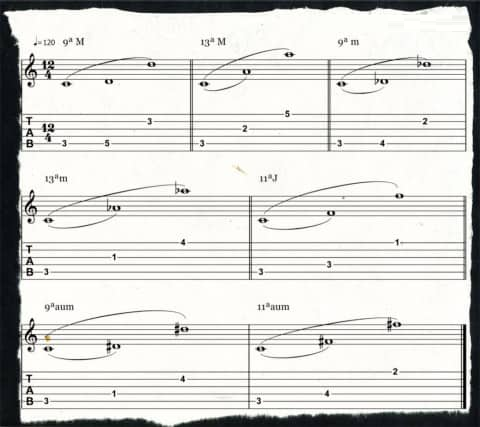 There are more ways to explain how to classify musical intervals. But that will be another time, when we will identify them on the guitar without going around so many times. I also invite you to comment your doubts.