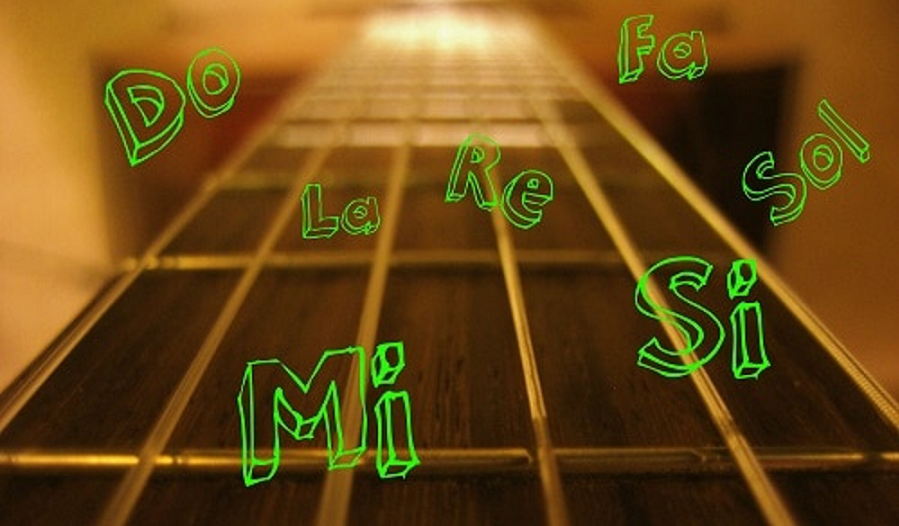 In this entry I want you to learn all the notes of the guitar, we are going to divide them by zones of the neck and by levels.

The notes of the guitar, strings in the air

If you are comenzando a tocar la guitarraLearn points 1 and 2. Play songs and lessons that are in these positions and come back later when you already know the notes. Don’t try to cover everything at once.

The notes of the guitar on the first 3 frets

It is time for you to move on to the notes found on the first three frets of the guitar. The correct way to learn these is in the following order:

If you already know the guitar notes from point 2 it is time to play 3 notes per string. Start on the sixth with the F, G, A.

Then do the same with the other notes. When afinamos la guitarra by ear it is very easy to remember these notes.

Up to the 5th fret with altered notes

In the first points we have seen the notes up to the 5th fret, those are the ones that are not altered. In this step, learn the notes on the guitar that appear in the holes. That is to say the altered notes:

When you know the first 5 frets by heart, come back. If this is not the case, do not go to level 5.

As you already know that shifting up one fret gives us a sharp, you will have no difficulty in remembering the notes of the 6th fret.

However, there is a detail to highlight: All notes on the guitar that are B are followed by a C, and all E notes are followed by an F (this in ALL THE MASTERSTICK) Forget about things like B# or E#. So, fret 6 would look like this:

For the 8th fret we will follow the rule of the sharps that we already mentioned. Besides that, we have also said that after a B there is a C and after an E an F.

Then we will go back two fret and learn the missing guitar notes (in yellow). And since you already know the order of the escala de do mayor you will have no difficulty in finding the other notes that are on the neck 2 positions further back.

The final point to be a champion and know all the notes on the guitar is to look at the 9th and 11th frets. Remember: one fret back is a flat and one fret forward is a sharp. So that’s what we are going to do now based on the 10th fret as the reference:

Let us also note that the F is not flat and neither is the C, because we had said that between E-Fa and B-Do there is a semitone.

Flat or sharp What should I put?

You may have also noticed that there are notes that have the same names and that to all intents and purposes are the same thing. So keep in mind that…