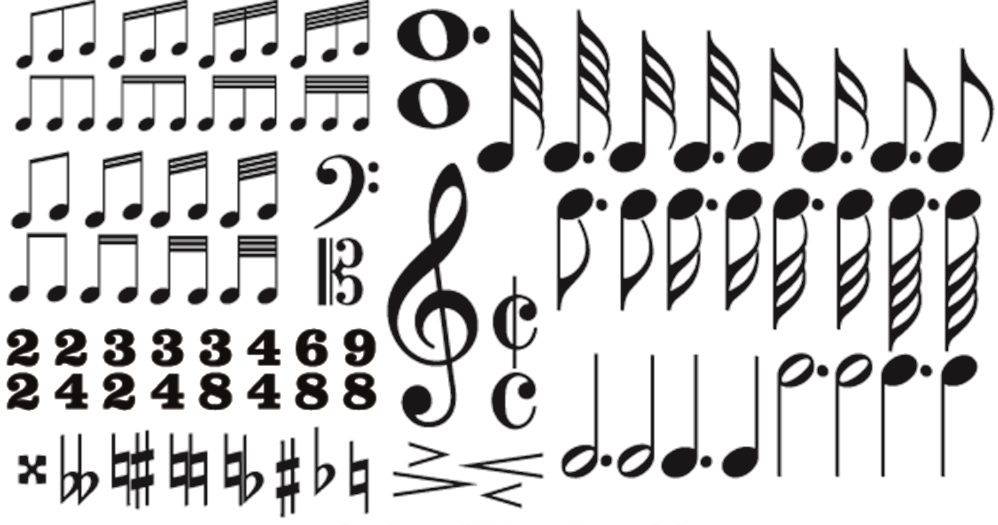 Music is not only sounds, it is also duration. In this lesson we will learn to distinguish the value of the musical figures in a 4/4 time signature as well as their rests. An important aspect of music theory and that is useful for any instrument we are learning to play. With this explanation, you will be able to draw your own conclusions for the other binary measures such as 2/4 or 6/8.

Musical figures: The unit of measure

In the 4/4 time signature, the denominator or second number of the fraction indicates that there are different notes that can fit in it, or different musical figures that can complete it. 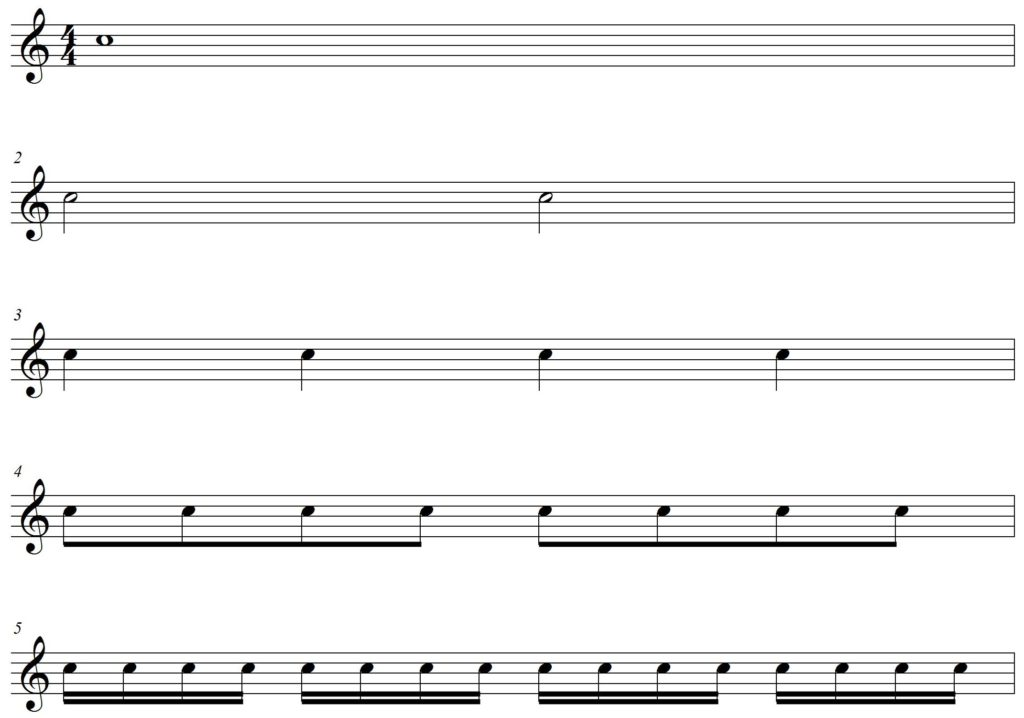 That is to say, to complete it, the total sum has to give 4 beats, so we can also mix the notes as long as the sum gives 4, which is the unit of measure. See for yourself the value of the musical figures with the examples I give here by looking at the notes above:

Musical figures: the unit of time

The unit of time is marked by the numerator or first number of the fraction, and tells us that the figure that completes a beat is the black. Here you have to think about the individual notes, not the time signature. Each type of note has its value: 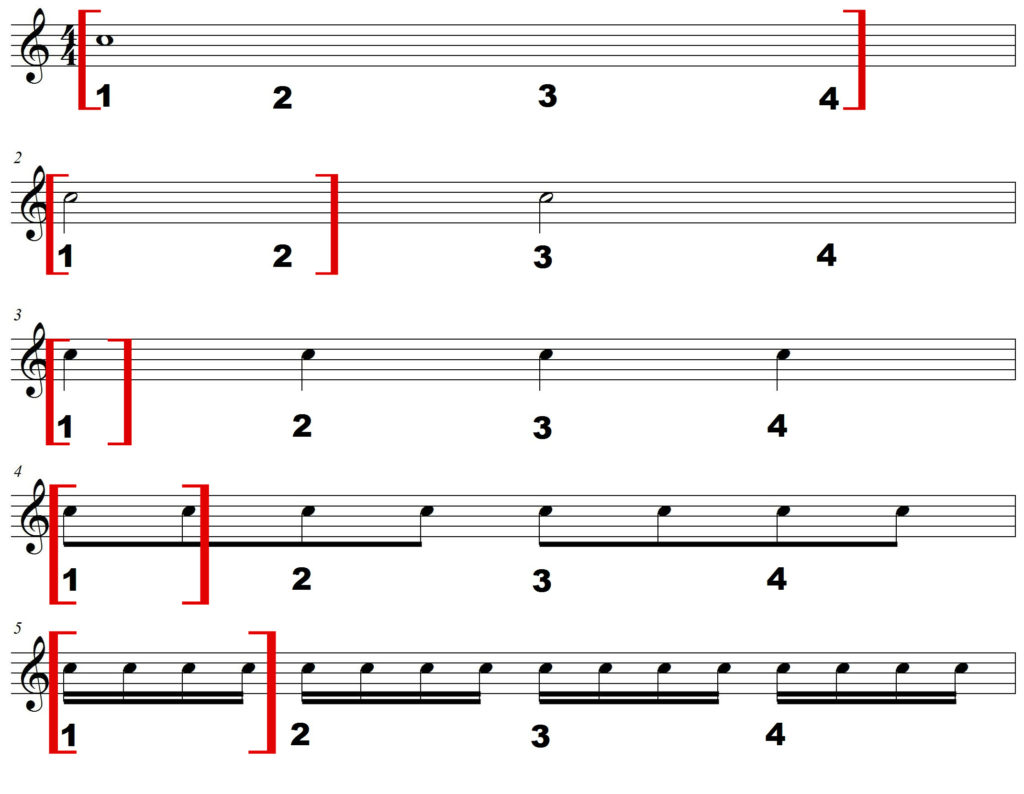 That said, the crotchet tells us that according to the time signature (4/4), it marks the unit of time. Therefore, musical figures larger than the crotchet, such as the semibreve and the minim, do not fit within a single beat.

The smaller figures such as eighth and sixteenth notes do fit, but by adding more notes to complete it. That is, it would be 2 eighth notes or 4 sixteenth notes that would occupy a beat.

Musical figures: Notes and their rests

Let’s see now the value of the above musical figures and their respective rests. Note that the stem, i.e. the note stick, can be placed up or down and does not affect the duration of the musical notes.

This note is represented as a circle on the staff. Its duration is equal to four beats in a 4/4 time signature. That is to say, there would only be room for either a round or a round rest. The round rest obviously has the same value.

This note is represented as a half note with a stem on the staff. Its duration is equal to two beats in a 4/4 time signature. That is to say that only 2 half notes or 2 rests of a half note would fit.

It is represented as a quarter note with a stem and a bracket on the staff. Its duration is equal to half a beat in a 4/4 time signature. 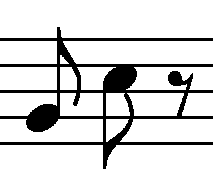 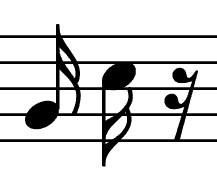 It is therefore important to know the value of the musical figures in order to better understand how music is measured. In the old days there was no way to transmit sounds with such accuracy as now, especially since we now have at our fingertips not only sheet music but also tape recorders and computers.

It was in the Middle Ages and thanks to the Catholic Church and its liturgies and chants to unite empires that it evolved into what it is today. notación musical evolved to what it is today. This shows how effective this method of transmitting music on paper is, a method thanks to which we can now listen to masterpieces such as Beethoven’s 5th, Mozart’s Requiem or Bach’s Brandenburg concertos.