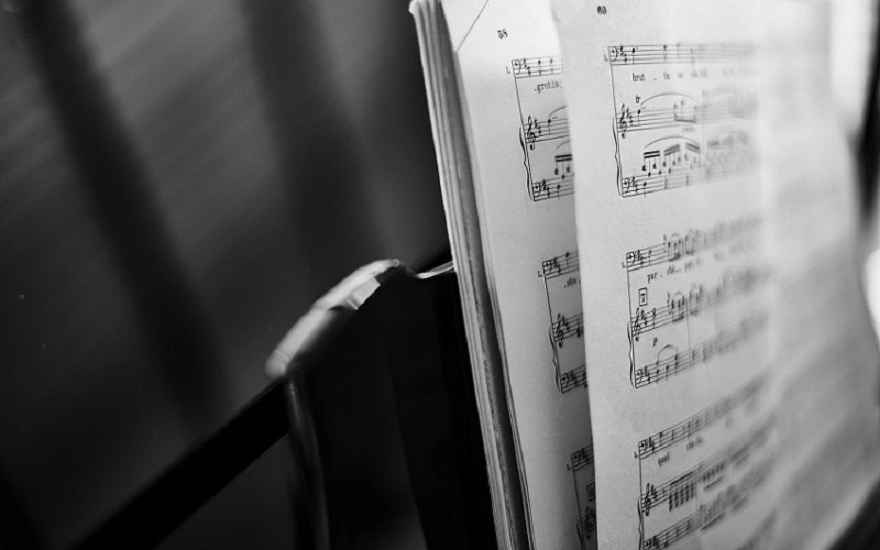 Accidentals are musical symbols that modify the intonation of a musical note. In this entry we will see the different accidentals and how they are used. 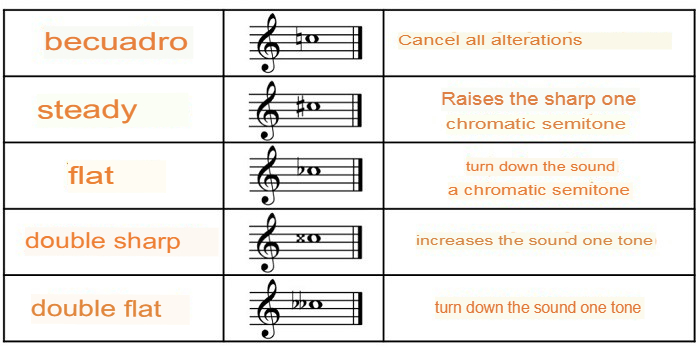 what are the musical alterations?

When we make a scale, it can be made up of tones and semitones. For example, the C major scale consists of a combination of five tones and two semitones. The semitones are between E and F and B and C:

What is a sharp for?

Sometimes, the notas musicales can be changed with a single symbol placed in front of the note. If we place the sharp in front of any musical note, we will change its intonation. Let’s see an example so that you can check the difference in intonation between a tone and a semitone with sharp:

*An important clarification: When an accidental appears, if there is another equal note (with the same name) that appears after it, this one should not have the accidental in front of it, that is to say, it is not necessary to place it twice:

Therefore, even if you have seen a sharp in the video in the following note, it does not have to be played.

Musical accidentals: The sharp on the guitar

The way to convert a note to sharp on the guitar is very simple. You just have to play one more fret:

The sharp on the piano

On the piano it is the same as on the guitar. If you have a natural note, the next key will be sharp:

What is a flat for?

A flat does the opposite of sharp. If with the sharp we altered the sound one semitone, making the note higher, with the flat we reduce and the note becomes lower. Let’s look at an example:

Musical accidentals: The flat in the guitar

With the flat we go backwards on the guitar.

The flat in the piano

And on the piano as well.

What is the box?

The function of the key signature is to cancel any type of accidentals applied to the same note that appears before it. Either sharp, flat or the ones we will see below.

Alterations of caution or courtesy

Cautionary or courtesy accidentals are accidentals that are placed so that the interpreter does not make a mistake in the reading. Some common situations are found when we have a slur as in the example below, where the note F carries a sharp that is extended to the next measure and then the same note appears.

Sometimes it is also possible for these polite alterations to appear in parentheses to make it clearer that it is a precautionary alteration. 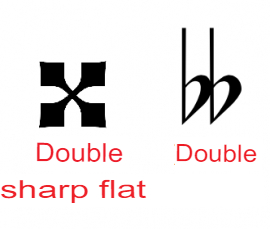 In this score we already have the F sharp in the key signature. If we add the double sharp to the altering note, it will sound like a G natural:

Finally, it can only be said that the double sharp or double flat are usually enharmonics of other musical notes that are natural, that is, notes with different names but that sound the same.

That’s all about musical alterations. If you have any questions, leave a comment below.

Learning 0
Music is not only sounds, it is also duration. In this lesson we will
Leave a Reply Cancel reply
Recent Posts