Knowing how to read tablature is one of the first things to keep in mind when we want to play our guitar. This tool will make it easier for us to read the sounds that we will have to produce when we are learning to play the guitar.

So, if you want to know how to read guitar tablature, here’s how to do it in four simple steps so you can do it easily.

The tablature is a graphic representation of a guitar. That is to say, the tablature has 6 horizontal lines that indicate the 6 strings of the guitar. The first line at the top is the highest string and the last line is the lowest string: 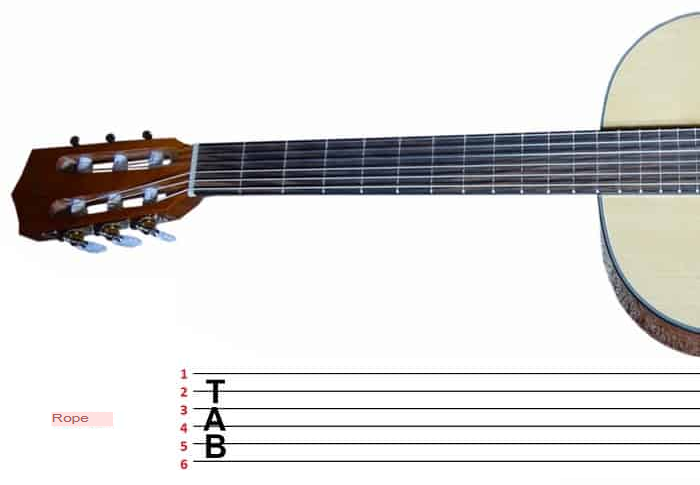 The frets are the numbers

To know how to read guitar tablature, it is enough to remember that the guitar has frets and these are represented with a number on the line or string we want. This way we will indicate the fret we have to play. 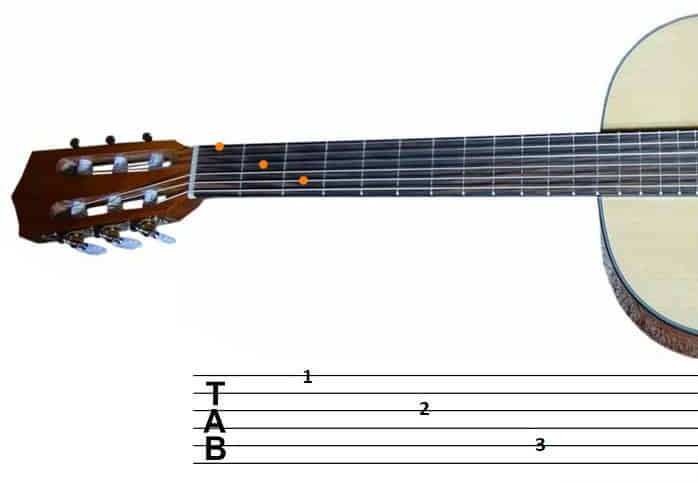 On the other hand, if we have a zero in any line of the tablature, this will indicate that we don’t have to step on any fret, just play the cuerda al aire. 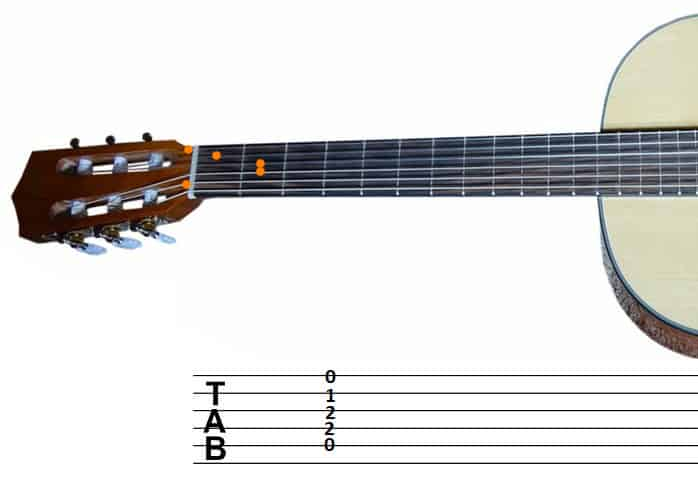 Often you will also find tablature written in a different way, but this is not a disadvantage because for all practical purposes it is the same thing: 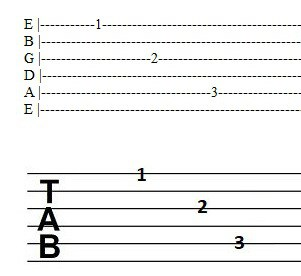 This happens because many people who upload tablature to the Internet usually do it without any score editing software and do it in Windows notepad.

How to read guitar tablature: Tablature with rhythm and without rhythm

Example: Below the numbers you have the dashes that represent a quarter note followed by two eighth notes joined together. If you know the note values you will know how to interpret this.

For this reason, if you are going to play something with tablature without rhythm, try to play a song you already know so that you can make sense of it, because as you play the notes of the tablature you will see the logic of the sequence of numbers you see, otherwise not.

How to read tablature: The notation

The guitar is a very versatile instrument from which we can get many effects and many techniques and for that reason, it has been necessary to create some symbols to represent them in tablature. These are the most used techniques and how they are written:

are above or below the numbers in the tablature.

is a wavy vertical line that tells us to strum the chord.

It is represented with a slur or with an “h” depending on the tablature.

It is also represented by a ligature or a “p”.

This is a line between the two numbers, it tells us that we move from one note to another by sliding the finger.

The bend is represented by an angled arrow and a symbol above it that tells us how much we have to bend. If it says 1/2 it is a semitone. Regarding the other graph, the bend appears in it with the indicated fret and the note reached with the bend in parentheses. It also appears sometimes with a number followed by a b and then the other number.

Horizontal wavy line above the number. It tells us that we have to make the string vibrate. In the other spelling it appears with many virguillillas (the tilde of the Ñ”) behind the number.

Finally, there are muchísimas técnicas more advanced techniques that are also represented on tablature, such as pre-bend, forced harmonics, tapping, dive bomb, gargara, dragging plectrum and many others. efecto violínthe pick drag and many more. But in this lesson we will not deal with them as they are not as common in beginning levels as the ones mentioned above.