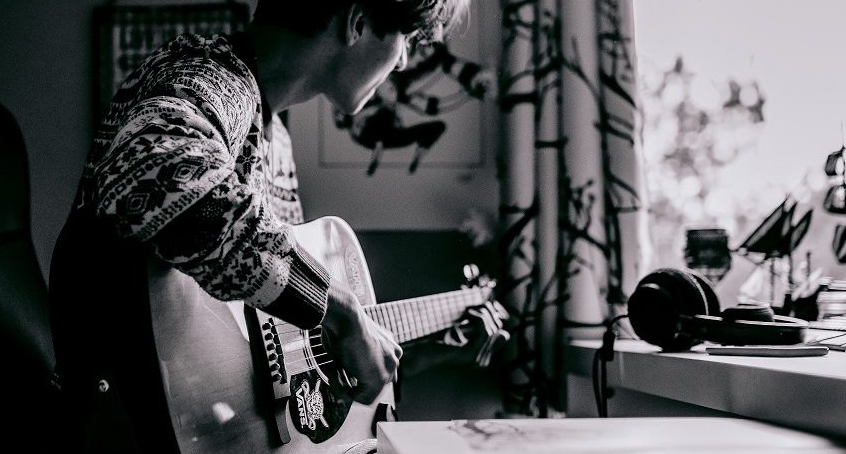 Very often, in the beginning stages, we want to play songs that contain capo chords. The problem comes when we still don’t have the capo but we still want to play a song that contains these chords. Therefore, in this tutorial we will see how to play the F chord without capo as well as the B chord.

There are several ways to perform this chord:

A quick and easy way to make a chord without a capo is to cejilla chord is to remove notes from the F chord we already know. That is to say, we will omit the strings 6, 5 and 1 to make the same chord but with only three notes. After all, a major chord only consists of 3 notes, in this case FA- LA- DO, which are repeated throughout the F chord with capo.

In the image below we can see how we remove some notes from the complete chord.

There are songs that also lend themselves to play the F maj7 chord which is like the F triad chord but adding the first string in the air. 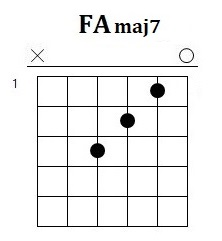 F chord without capo on the first three strings

A triad chord, as in the case of FA, has the notes FA-LA-DO. We say it is inverted when the notes of the chord change their order. In this case, the chord we play in the video is the F chord in first inversion. That is to say, LA-DO-FA. 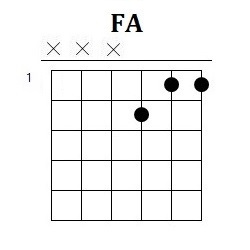 Another option to play the dreaded F chord is to play only the strings 5, 4, 3 and 2. This is a way of playing the F chord without capo that is also valid, however, it has its difficulty since the strings 6 and 1 should not sound. 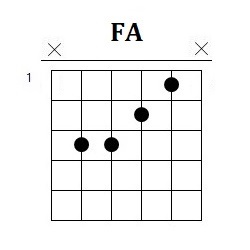 B chord without capo (minor and major)

These last chords also bring us difficulties at the beginning, especially the B major chord, especially because of the stretching that must be done between the index finger and the middle finger. In the video I present you an option to do these chords on the first three strings.

Important: Removing notes from chords that we can play

If you are going to play one of the chords mentioned here, which are simpler than the full chords with capo, it is also recommended that you remove some notes from other chords as we do in the example of the video, where we combine the chords of B, F# and E and remove the notes of the sixth and fifth string.

Do you still struggle with capo chords? Have you ever played these chords without capo? Leave your comment below.