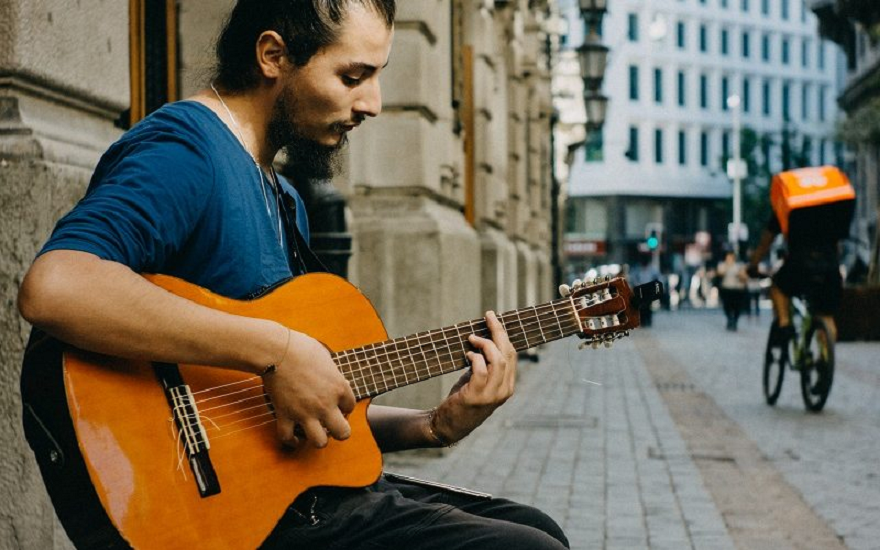 Have you ever wondered how to play sustained chords on guitar, those chords that have a symbol that reminds us of a telephone pad or a hashtag on social networks (#). In this post we will talk about these chords and how to build them from other chords.

Sustained chords: Starting with the basics

First of all, we are going to see step by step a way to understand these chords, for that we must first know the capo chords:

Do we know the sixth and fifth string capo chords?

The most basic sustained chords in guitar are those made from the F and B chords: 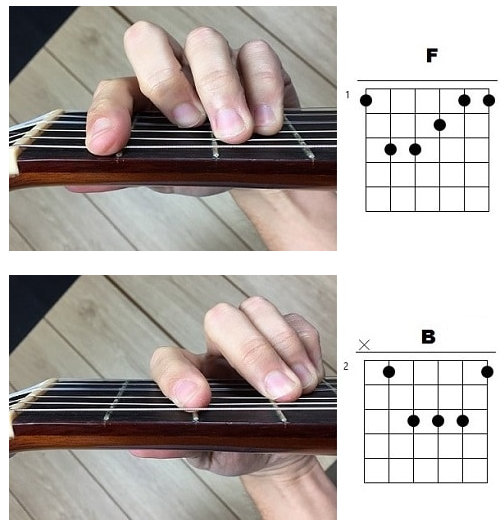 What notes give these chords their names?

Secondly, we must keep in mind that the lowest notes of the chord are the ones that usually give the chord its name. For example, the first note underlined in red and orange is called FA(F) . In the second image we have the note SI(B). 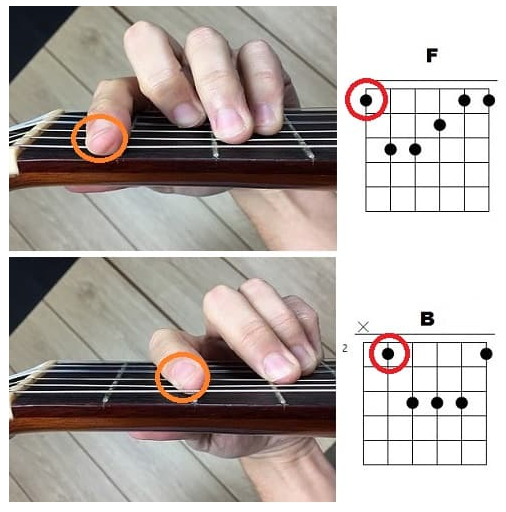 Take a look at the following images:

On the sixth string: Each fret is a different note.

On the fifth string: The same thing happens here.

Moving the chords up and down the neck

That is, from these notes and knowing the basic chords with capo, either FA, Fam, Si or Sim, we can find the other chords.

That is to say, if we have a capo chord, this same figure can be moved all over the fretboard. This works with the Fam chord, Fa7, Fam7, Sim, Si, Sim7 and many more.

In other words, starting from a chord with capo on all strings, we can create sustained chords by shifting the figure we have set at the beginning.

This is important to remember because if we don’t have a complete capo it won’t work.

Sustained chords from other basic chords without capo

If we take all the basic chords we saw in this lesson in  this  lesson and move them one fret we can build chords with accidentals. 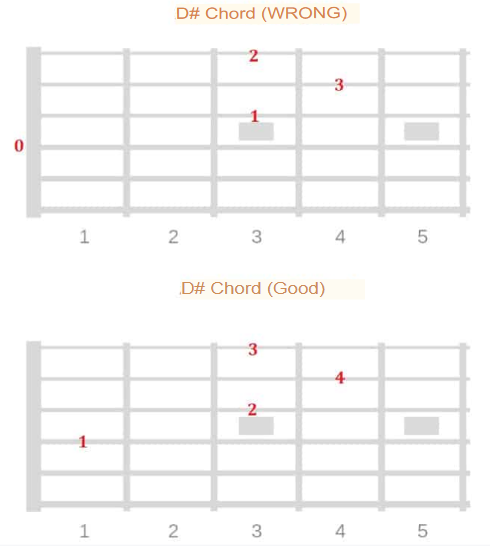 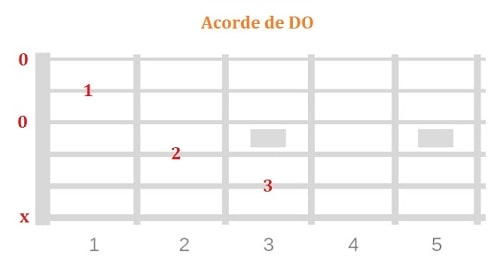 Here we have the C major chord with its two notes in the air marked with a 0 and the other notes with their respective fingers. If we wanted to make the C# chord from this figure it would look like this: 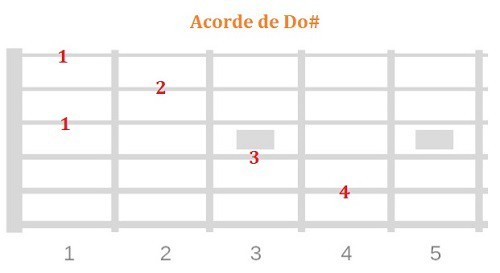 We have put a capo with finger 1 and changed the fingers to be able to play the displaced notes. You should think of the notes in the air as if it were a fret.

That’s what you need to know about sustained chords, however, I recommend you watch the full video at the beginning of this post to see the explanation in more detail. Any questions? leave a comment below.