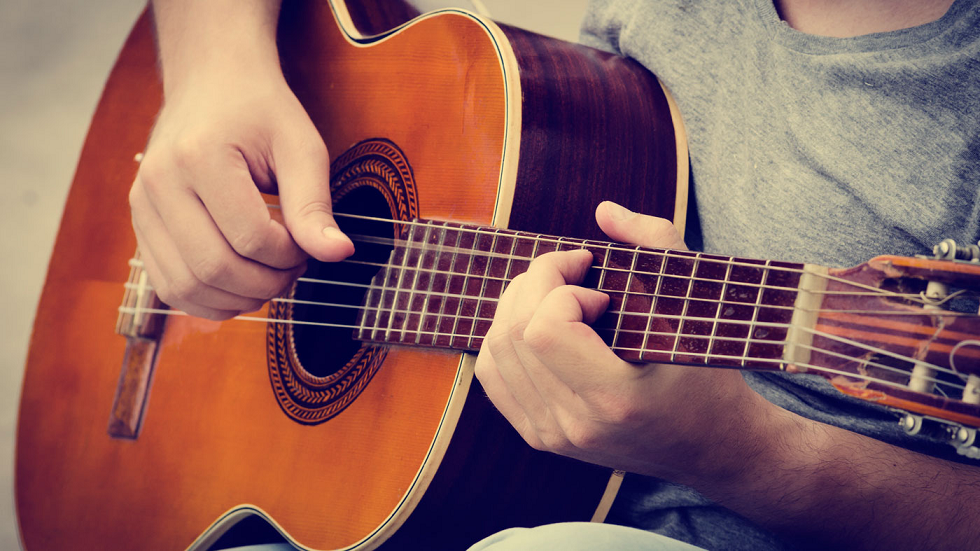 Guitar circles are in a nutshell chord progressions based on a repeating harmonic circle. In other words, there are many circles. Those that people know as guitar circles, especially in Latin America, are those consisting of the degrees I, vi, ii, V and I in a musical scale. The first degree being a major chord, the sixth a minor chord, the second a minor chord, and the fifth a major chord. The fifth degree we can play it with a seventh chord to give more color to the progresión.

These guitar circles can be played on any instrument since the progression they use is very common in popular music. They can appear in ballads, rancheras, boleros, mariachi, and many popular genres that use the guitar as the main instrument. The most important guitar circles that we will see here are those that use keys that are simple on the guitar either with few sharps or with hardly any capos.

Practice circles with the following rhythms:

Let’s see which are the most common ones with some sample rhythms shown in the following video (below you can practice them).

Rhythm of different genres for use with guitar circles:

Finally you can download the following sheet to practice the guitar circles whenever you want with some of the rhythms you have learned above. Combine them as you like. 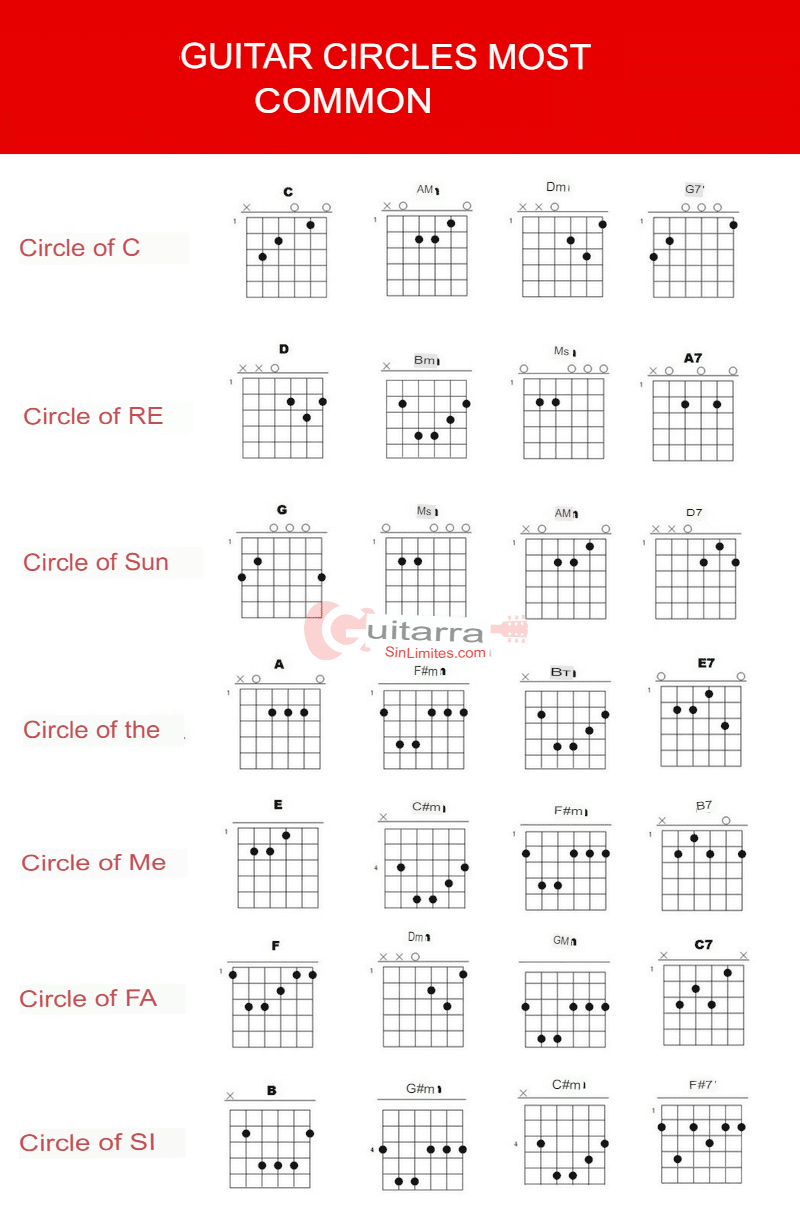 Practice them all with the rhythm you like the most!

Learning 0
Music is not only sounds, it is also duration. In this lesson we will
Leave a Reply Cancel reply
Recent Posts