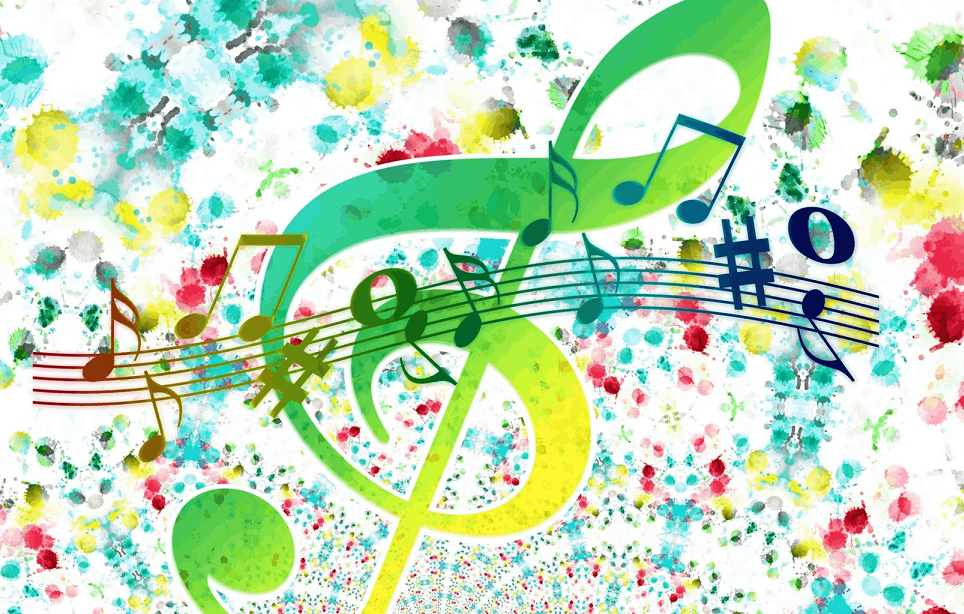 What differentiates a major chord from a minor chord is only one thing: its third. Let’s remember that a chord is formed by a triad, that is, 3 consecutive notes played at the same time.

The third is the note that gives character to the chord, either minor or major. On the one hand, the major third gives a bright character to the major chord and the minor third a darker and more muted tone. Obviously all this is subjective but it serves as a reference for us to identify  this  interval.

Let’s break it down a bit to understand it better:

Formation of triads on the staff

Now let’s start with the C major scale to understand the difference between both chords:

A major or minor chord is formed by a root, a third and a fifth:

The fundamental can also be another note different from the scale. For example:

If you notice, the pattern to form these triad chords is very simple:

Now let’s put the notes we have marked in red, one on top of the other and we will have 3 different chords:

We can also do the same with all the notes of the C major scale:

How do we now know that a chord is major or minor?

Now we know that chords are formed in the same way.

Now we have to differentiate them by remembering this:

Let us now see how they are classified on the staff:

This pattern is fulfilled in all the 12 existing tonalities, that is to say:

For the moment we will work only with the key of C major, which is the one in the example.

Can I convert a major chord into a minor chord and vice versa?

These three chords that we had as an example are not altered:

What we know about them is that the first one is major and the second and third are minor. We are now going to convert the first chord we have to minor and the other two to major as an exercise.

Let’s start with the first one:

If the first chord is major, its distance from C to E (from the fundamental to the third) is a major third. Therefore we have to convert that third to a minor third.

We are now going to convert the minor to major. To do this we will have to use the other symbol which is the sharp.

And now let’s do the same with the E minor chord. Let’s see how it becomes E major: