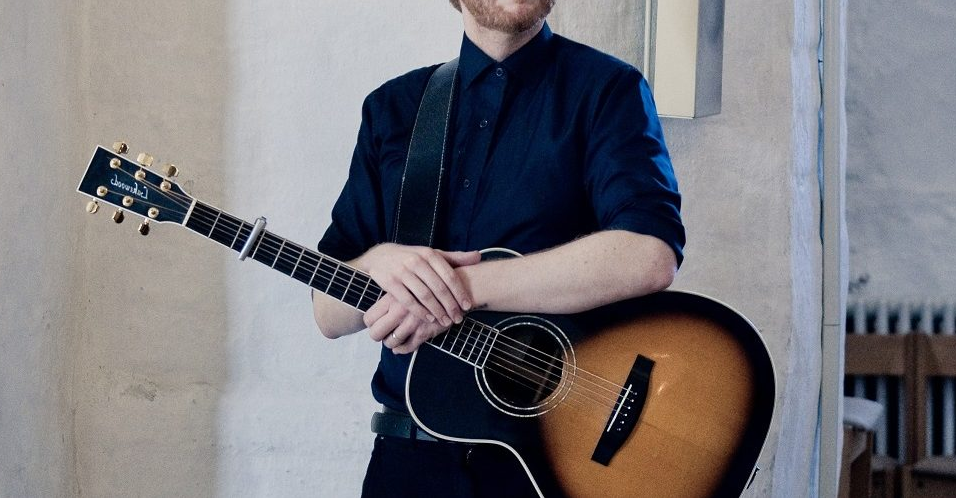 Can I play the guitar being left-handed as a right-handed player?

I’ve tried both and I’m better off playing left-handed, which option is better?

If you have already tried to play the guitar as right-handed players do and you feel uncomfortable, then switch to left-handed. Of course, think about whether the difficulties you are having is because you have been playing for a short time or because you really need to change. Many times the problem is that we practice too little and not because we are left-handed.

Do I buy a left-handed guitar?

If you have definitely found that playing right-handed feels uncomfortable, then I recommend playing left-handed guitar. The biggest inconvenience left-handers have is going through the stage of deciding whether they should play guitar as a lefty or as a righty.

The short answer would be: If you’ve already bought the guitar, why would you buy a new left-handed guitar? Try right-handed and then change the strings if you don’t make progress. In other words, if you are a left-handed guitarist and you are just starting out, buy an inexpensive right-handed guitar and give it a try. You can also borrow one from someone around you for a few weeks.

Then identify if you feel comfortable and wait a few months while you learn like a right-handed player. If you see that it doesn’t work, change the strings. If you notice an important progress with the strings changed then don’t think about it and play as a lefty. If in the future you want an acoustic or electric guitar then you can buy a specific left-handed guitar because with the electric or acoustic guitar we cannot change the strings as we do with the Spanish guitar.

What is the difference between a left-handed and a right-handed guitar? 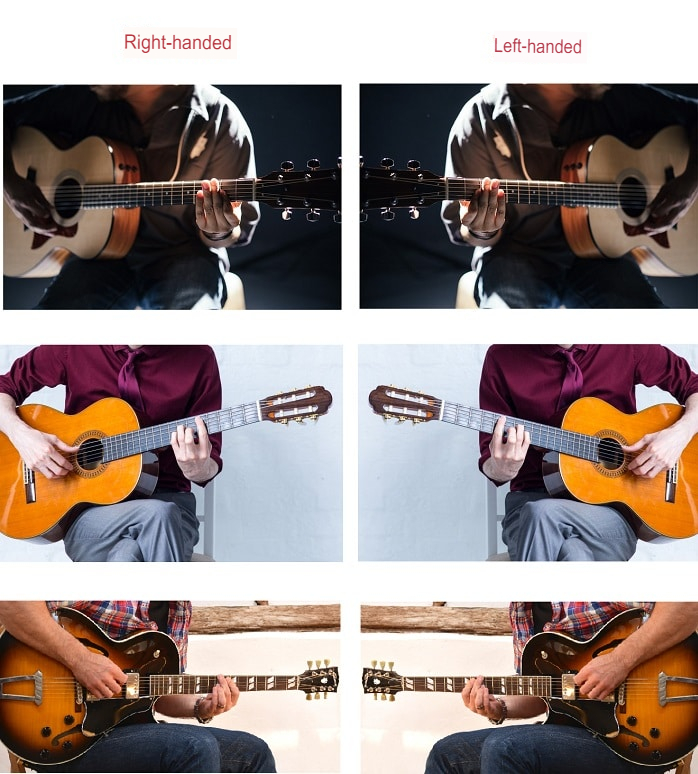 Unfortunately if you are left-handed you will have fewer options on the market as most guitars are designed for right-handed players. However, if you already play left-handed, don’t make the mistake of buying a right-handed acoustic or electric guitar.

Do I reverse the strings on a right-handed guitar to play left-handed?

On a Spanish guitar

The Spanish guitar is symmetrical compared to the other types of guitars. However, most of the guitars that are handmade by craftsmen and luthiers have a slit in the nut according to the thickness of the string and also the internal construction is probably designed for right-handed players and this can affect the sound.

But if you have a factory guitar it should not be a problem to reverse the strings. The first thing you should do is to remove the strings, then remove the saddle to turn it upside down and finally put the strings backwards.

On an acoustic guitar

Short answer: Bad idea. Many acoustic guitars have cutaway and tuner included. If you reverse the strings and play the guitar as a lefty you will have the cutaway on top and the tuner on your thighs. This without taking into account other technical aspects that would affect the tuning and sound. If you want to try it as an experiment do it but I don’t recommend it.

On an electric guitar

It is the same as with the acoustic. If it is a Stratocaster type guitar for example, you will have many inconveniences because the body is not symmetrical, besides the volume and tone controls, the pickup selector, the jack input and the tremolo lever will be upside down.

On the other hand, the pegs will also be reversed and the nut will have to be changed to be able to string it upside down. All this without taking into account the technical and sound factors that would be involved in doing something like that. You would also have to take it to a luthier to have it adjusted. In short, it would be too much hassle and not worth it.

The right-handed position is uncomfortable for me, which one should I choose?

Choose left-handed. If you’ve already tried playing guitar right-handed for a while, don’t even think about it. You have to enjoy the music. Don’t let this detail stop you from progressing.

I write with my left hand, what should I do?

Try right-handed. As I said above, playing the guitar is something completely new for both left-handed and right-handed players, so it doesn’t matter which hand you start with. Your hands have to get used to something they have never done before. Then you can try left-handed if this option doesn’t work for you.

I am recommended to play right-handed, what should I do?

In the latter case, as I saw that this student was progressing at a normal rate, I decided to keep him as a right-handed left-hander. Sometimes the opposite happens and you have to change. If you are the one who decides, you have to try it for yourself.

Practice more. Here it is no longer a question of being left-handed or not. The guitar requires put in the hours and repeat many times until you achieve your goals.

I am left-handed but I find it difficult to play as a right-handed player.

The same as the previous point. Practice a lot. If you see that coordination fails and you feel that you are not progressing, switch to left-handed.

He plays as a right-handed player.

I am left-handed and I have been given a right-handed guitar as a gift.

The simplest thing would be for you to say to yourself “since I don’t have a left-handed guitar I’m going to stop playing, how unlucky I am”.  But if you like the guitar you shouldn’t falling  into  this  trap. Don’t give up.

When I play with other people I can’t test their guitars.

This is a little inconvenient because when we get together with other people who play, one of the most common habits is to try out the partner’s guitar. However, what you should be concerned about is your comfort and that you make music without suffering. In short, these have been the most common questions a left-handed person asks when starting with the guitar. Do you have any other questions?