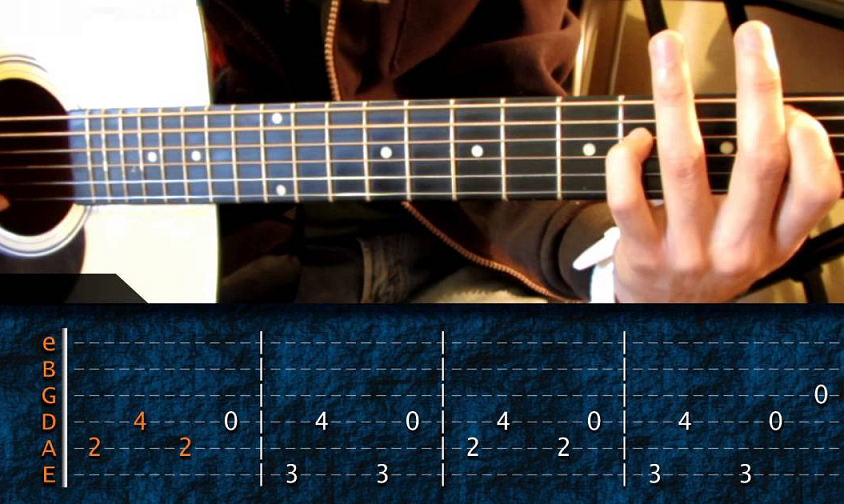 The blues scale is a scale widely used in modern music, both in blues and other styles. This scale consists of 6 different notes which are the sum of the 5 notes of the pentatonic scale plus an added note which is called the blue note. This blue note is the diminished fifth of the scale pentatonic  minor . Let us now see how to use these scales.

We will distinguish two patterns, those starting with finger 1 and those with finger 3. Here you have all the patterns. But be careful, we have to understand this before memorizing and practicing. So pay attention to these explanations: 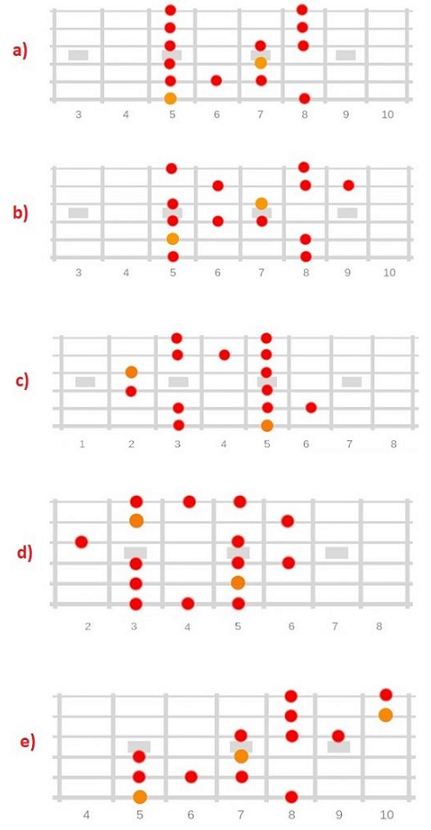 How to practice the blues scale patterns?

The blues scale can be thought of as if it were the pentatonic scale but adding the blue note that leads to another, that is, we will not stop on it and we will not rest on it when we are playing since it is a rather dissonant note. To learn them, play the patterns at a speed of 92 beats the crotchet with a metronome  like  this one.

Once you can play the ascending and descending patterns you can start practicing with sequences or with licks and even mixing with other scales as in the course of Learn to play blues from scratch. It is also advisable to practice these blues scale patterns chromatically all over the neck.

That’s all for today, let’s practice!