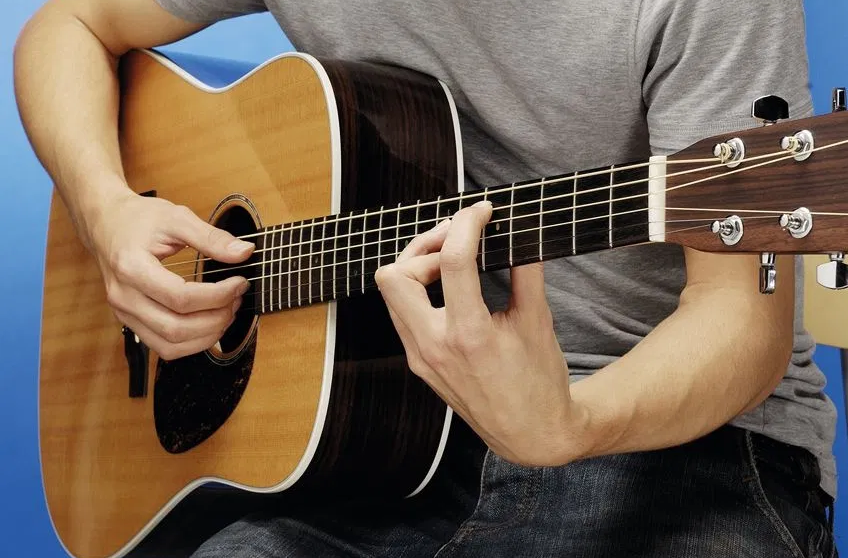 There are chords that everyone should know how to play, especially guitar chords for beginners, chords that are necessary to accompany a voice and also to play. Here you will find 21 chords in total, divided into major, minor and dominant seventh chords. Study them little by little and be careful with the capo chords, don’t despair if you don’t get them right the first time. 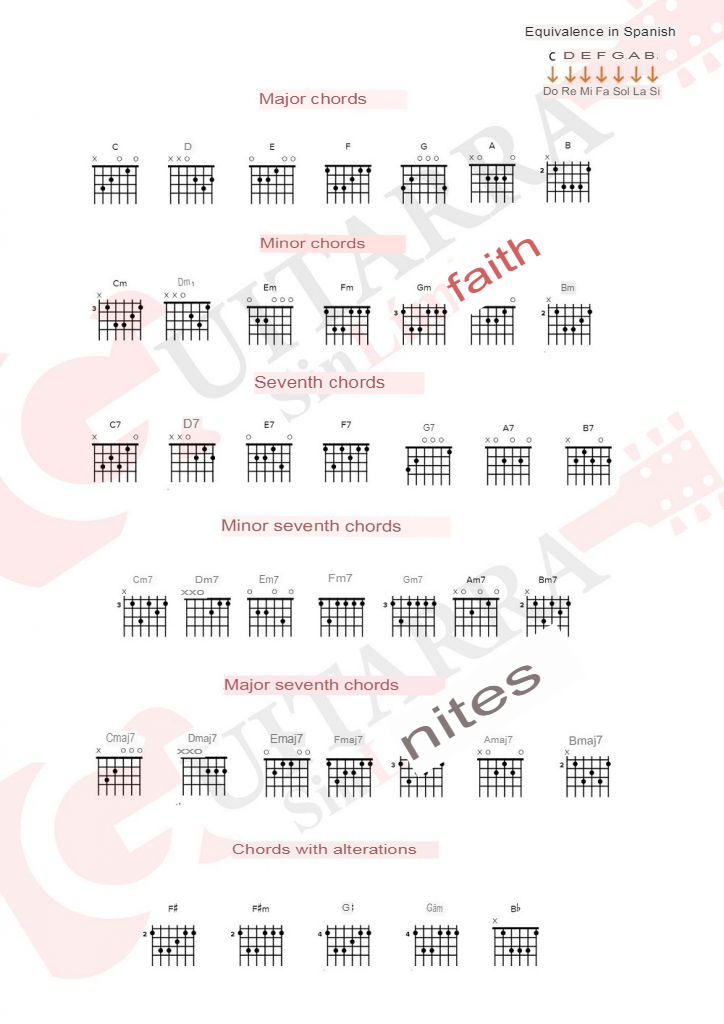 Before we look at all the guitar chords, let me tell you that there is a simple method of learning chords. This consists of learning to play them by connecting them one by one in a logical way with ritmos fáciles. You can start for example by playing the most basic chords like E minor, G, A minor and C. Anyway, here are all the most important chords that you will always use:

The major chord has a consonant and bright sound. This chord consists of three notes, the fundamental, the third and the fifth. If it has these three notes it is called a triad chord.

Finally, to differentiate a major chord from a minor chord, we add a lowercase “m” to the latter. For example Dom is C minor. It can also be called Cm. If it is major, nothing is added, and if it is a seventh, a seven is added next to it, for example G7 or G7.

If we talk now about the minor chord, this also has a fundamental, a minor third and a just fifth. If you want to know how to memorize any kind of chord easily I recommend you este curso gratis.

Finally we have the sustained chords that do not appear in this list because they are not the most basic, but I do recommend you to see them  in  video. In short, these have been the most used guitar chords for beginners.  Now learn how to combine them with these guitar rhythms for beginners