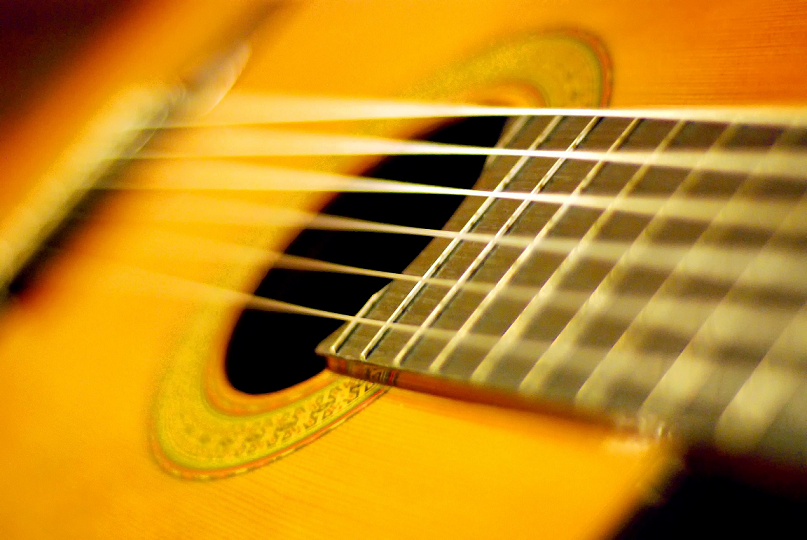 The world of flamenco guitar is so wide that it would be almost impossible for me to condense in a single entry the amount of flamenco guitarists or tocaores that there are in Spain and the world and that are also probably worthy of being in this list.

However, in this post I want to talk about 11 flamenco guitarists who deserve to be heard at least once in a lifetime. The peculiarity of this Top 11 is that it is not a ranking because there is no one better than another nor are they listed in order. Besides, if you notice, Paco de Lucía is not in the list.

-And why isn’t Paco de Lucía here? -you may ask.

Because Paco is the essence of flamenco and that’s why he has an entry for himself here. Because he is the greatest of them all, the source from which many of those who appear on this list have drunk. So, I take it for granted that he is among the greatest tocaores of all time.

Sabicas, like the master Paco de Lucía, is a great among the greats. Thanks to him, flamenco became more international and ended up merging with other musical styles. Along with Ramón Montoya, he is one of the main precursors of modern flamenco.

Son of the legendary Niño Miguel, Tomatito’s greatness knows no bounds. He is a very versatile guitarist who has dabbled in other styles including tango and jazz. He has also shared the stage with numerous artists of international stature such as Frank Sinatra and Elton John and guitarists like Larry Coryell and Carles Trepat.

Manolo Sanlúcar is another flamenco guitarist who has taken flamenco guitar to the top. He started playing at a very young age and unfortunately, he has already retired from the stage. According to the artist, “We realize what the flamenco guitar needed and, above all, what it needed was to be enriched in the harmonic sense; the flamenco guitar was very poor in harmony”, referring to how flamenco was played before. That is why, thanks to his work and that of many others, flamenco guitar is even richer in musicality and interpretation.

Pepe Habichuela is a guitarist from Granada who has played with important flamenco figures such as Juanito Valderrama or Camarón de la Isla. According to him, there will never be a flamenco like the one made in the 60s and 70s, since there were unique artists such as Sabicas, the aforementioned Camarón de la Isla, Enrique Morente or Paco de Lucía, whose legacy was very important for this musical genre. This guitarist is considered a genius of classical flamenco by many, including the Berklee School of Music.

A renowned flamenco guitarist, Gerardo Nuñez has accompanied singers such as Terremoto de Jeréz, la Paquera, Turronero and Pansequito. He has also toured all over the world and has collaborated with incredible musicians of different genres such as Eberhard Weber, John Patitucci or Arto Tuncboyaciyan among many others. This shows the importance of this musician in the international scene.

Important flamenco guitarist and singer from Jerez de la Frontera. He has also rubbed shoulders with the greats of the genre such as Manolo Sanlúcar, Camarón de la Isla, Lebrijano or Pata Negra among others. He has collaborated with Moraíto Chico, Carles Benavent or Raimundo Amador, and has also dedicated himself to teaching. Finally, this guitarist has criticized the little support there is in Spain for flamenco while in other countries it is a highly valued style. He is right.

Great guitarist who has been a pupil of Vicente Amigo and José Antonio Rodríguez. He has accompanied important singers such as Fosforito, Juanito Valderrama and José Mercé. Paco Serrano is an acclaimed guitarist who, unlike many greats, learned to develop his technique and knowledge in the academic world and not in the street, which does not make him less deserving. In 1996 he graduated with a master’s degree from the Rotterdam Conservatory and is currently a professor at the Conservatorio Superior de Música de Córdoba. He has also received countless guitar awards and has recorded numerous albums.

I got to know this guitarist from Barcelona thanks to a video with Tommy Emmanuel in which they played together Sultans of Swing by Dire Straits. González, who is considered a flamenco guitarist, also plays other styles including pop rock or jazz and has collaborated with renowned artists such as Joan Manuel Serrat, Alejandro Sanz or El Último de la Fila. He has also shared billboards and festivals with Paco de Lucía, Pat Metheny or BB King. For this reason, for his career and his musical talent, he deserves to be on this list.

Another of the greats of the current flamenco guitar and a reference for the youngest guitarists in the genre. Vicente Amigo has been a student of Manolo Sanlúcar and has been playing solo since 1988. He even performed at the International Festival “Leyendas de la Guitarra” where Bob Dylan, Keith Richards, Paco de Lucia and many others also participated. He has shared stages with Stanley Jordan and with Al Di Meola and John Maclaughlin and has also been nominated for a Latin Grammy in the category of best flamenco album. In short, a guitarist with an unparalleled career.

Another great guitarist of the old school. Born in Cordoba, he began playing the guitar at the age of 6 and is considered one of the most important masters of the flamenco guitar. He is also recognized as a composer and among his most important pieces are Misa Flamenca and Requiem por la Tierra. He has also collaborated with the great John Williams and the British singer Peter Gabriel.

Ricardo Miño is also an acclaimed and highly valued flamenco guitarist in the world of flamenco. He started playing the guitar at the age of 10 and since then he has not stopped giving concerts all over the province and all over the world. He has also shared tours with important musicians such as Paco de Lucia, Fosforito and Pedrito Sevilla.